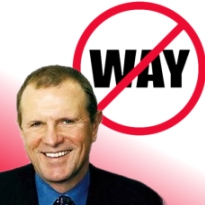 New Jersey Gov. Chris Christie signed legislation on Wednesday allowing Atlantic City casino patrons to wager away from the gaming floor via mobile devices. Patrons will still need to be on casino property, but the new A-275 measure permits wagering poolside, in restaurants, bars or wherever the urge strikes. Nevada has allowed similar technology for some time now, but better late than never for AC.

Wednesday’s signing was a bit of an anti-climax following Tuesday’s lawsuit filed by America’s professional and amateur sports leagues to block New Jersey’s plan to offer single-game sports betting at casinos and racetracks. News of the suit produced defiant ‘you and what army’ responses from Christie, state Sen. Ray Lesniak and federal Rep. Frank Pallone. On the off chance that anyone missed it, Lesniak restated his defiance on Wednesday, and offered a hint as to how New Jersey’s immediate defense might develop. NorthJersey.com’s John Brennan quoted at length from a statement Lesniak issued on Wednesday, in which the state senator opined that in order to win the preliminary injunction the leagues are seeking, they’ll have to prove “irreparable harm” will be done to their sports if New Jersey offers bets while the court considers the legal arguments, a process Lesniak figures could take “six months or more.”

In Lesniak’s view, there’s “no way” the court will grant the leagues such an injunction. For one thing, when the federal PASPA sports betting prohibition was introduced in 1992, New Jersey was one of the select states that were given a one-year window in which to adopt Nevada-style sports betting. Despite the state’s failure to exercise that option, Lesniak believes the mere fact that the offer was made is evidence that the leagues didn’t anticipate suffering ‘irreparable harm’ from NJ sports betting. “If it wouldn’t have done irreparable harm then, there’s no way it would do irreparable harm now.”

Furthermore, Lesniak points to the National Football League’s decision to stage the occasional game in London’s Wembley Stadium, just down the road from a host of betting shops taking wagers on the outcome. Similarly, the National Basketball Association held its 2007 All-Star Game in Las Vegas, where sports betting is legal. “If these games were not irreparably harmed by the existence of sports wagering within close proximity to the field of play,” then the same consideration should be extended to New Jersey. Not content merely to argue for the defense, Lesniak also saw fit to pronounce a verdict: “Game, set and match: no injunction. I can’t wait until the [NFL’s] Giants play the Eagles so I can place a bet on the Giants, regardless of the spread.”

New York Giants co-owner/CEO John Mara struck a less combative tone when asked whether the legal tiff might interfere with football operations. Mara said he wasn’t concerned that the NFL might retaliate by yanking the 2014 Super Bowl from New Jersey’s Meadowlands complex, but Mara suggested “it would be difficult for us to get support of the other owners” for the right to host any post-2014 Super Bowls should New Jersey go mano y mano with the leagues.

It may seem small potatoes given Tuesday’s events, but Delaware has expanded on the number of venues at which its parlay NFL bets may be offered. Previously restricted to the state’s three racetracks, legislation passed in June expanded sports betting’s reach to 31 retail locations, including restaurants, bars, convenience stores in three Delaware counties and the city of Wilmington. For state residents, the full list of venues is here.