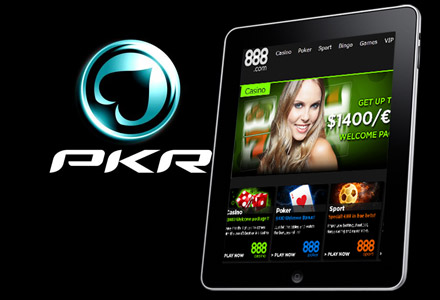 Mobile poker is fast becoming a hit among players all over the world and a lot of online poker companies are gearing up their own mobile poker apps in order to accommodate the increasing demand of on-the-go poker.

The latest to do is 888poker, which recently launched their latest mobile offering for their clients: an app for the iPad. The release of the iPad app gives 888 Mobile a presence in the iOS platform to go along with its existing Android app, with the latter having been released earlier this year. Another new feature is the addition of SNG support, which is also now available for both the iPad and Android. Sports betting is still not available for the iOS platform; that option is still for Android users only.

In addition, 888 is already working on producing an iPhone app. No word yet on when that’s going to be released but expect it to be out sooner than later. All told, 888’s launch of its Android app is further proof that mobile poker is becoming more and more popular for a lot of players and 888 is happy to oblige in meeting the growing demand.

Meanwhile, another online poker site is in the news, thanks to a face lifted software that promises to take it’s already fascinating 3D poker to a whole new level. When it comes to fancy graphics and cool interfaces, PKR holds a back seat to no one. Apparently, they’re taking it seriously too, thanks to modifications and improvements on their site that now comes packed with a boat load of new features.

Among the new digs that are part of the online poker room’s new “Version 2.08” include multiple windows that allow you to play up to nine games and shift from one table to another by simply tilting or cascading the existing windows. There’s also a new “my seat” camera angle, hand replay, a new “luxury yacht” table environment, and most ingenious, albeit unnecessary, of them all, “free drinks”.

PKR’s pretty serious about quenching our virtual player’s thirsts as they’re offering a wide range of drinks, including juice, coffee, tea, beer, and tequila shots. Hey, if players are on tilt mode, might as well drown in their sorrows with shots of tequila, right?

Have a look at PKR’s short video preview of “Version 2.08” in the video below.