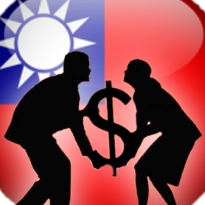 Taiwanese officials appear to be attempting to dampen enthusiasm regarding plans to build a resort casino in the country’s outlying Matsu island group in Lienchiang County. Last Saturday, Matsu residents took part in a referendum that approved the building of a casino, but Taiwan’s central government still needs to pass legislation lifting the longstanding ban on such establishments. Weidner Resorts, the developer itching to be granted the rights to build the Matsu casino, believes the central gov’t can pass the legislation within 12-18 months, but the heads of some gov’t ministries are expressing doubts that the Matsu region is a suitable location for such a project.

Weidner has promised to spend big to develop the necessary infrastructure to support a Matsu casino, including an airport and a causeway linking the islands of Begian and Nangang. But the heads of both the Interior and Economic Ministries say that even without the increased demands a resort casino would bring, supplying the region with water and power relies heavily on gov’t subsidies. The average cost of supplying fresh water to Matsu costs NT$80 per ton, compared to the country’s average NT11 per ton. Similarly, electricity generation in Matsu currently runs NT16.15 per unit, but gov’t subsidies mean residents pay only NT3.11 per unit. Officials warn that should the casino project go ahead, these subsidies may not be extended to the project, significantly subtracting from the developers’ bottom line.

The China Post suggested the gov’t may be engaging in this public display of hand-wringing as a way of compelling Weidner – which has yet to secure the right to build anything, it must be noted – to push more chips into the pile via the construction of the nation’s first tidal power plant and a water desalination plant. Weidner, meanwhile, has publicly stated that any gov’t subsidies it receives via the project will eventually reap a 130% return, strongly suggesting that it’s in the politicians’ best interest to keep the money taps flowing. In short, both parties want to build the casino, but each wants to do so using the other’s money.