Home / Business / Save the whales: ranks of Asia’s millionaires tops North America for the first time 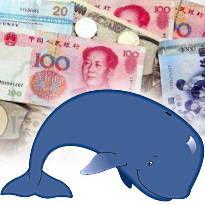 The over 300% increase in the net worth of the Philippines’ 40 richest individuals over the past year is certainly impressive, but the phenomenon is not limited to the country. The number of millionaires in China rose 5.2% to 562,400 last year while Japan’s millionaire ranks swelled by 4.8%. Both figures vastly outpaced the global increase of 0.8%, according to the latest world wealth report by Capgemini and RBC Wealth Management. While millionaire ranks fell in Hong Kong and Singapore, the figure was up 1.6% across the continent. For the first time, Asia’s 3.37m millionaires outnumber the 3.35m in North America.

The growing clout of Asia’s millionaires isn’t lost on billionaire Sheldon Adelson. Despite the best efforts of Japan’s fishing fleet, the CEO of Las Vegas Sands told the Straits Times that the population of Asian whales is doing just fine – at least, the whales that patronize his casino operations in Macau and Singapore. “We are constantly surprised at who they are, the number of people, how they come out of the woodwork and how many there are in the world. There was a time, 10, 15 years ago, that people thought that in the entire world, there were as few as 150 VIP players. We sometimes get that in a few days, a week or two weeks. So the word plateau, in terms of Asia, is not in our vocabulary.”

The word ‘eccentric’, on the other hand, might as well be on giant neon signs flashing above these whales’ heads. Employees working the VIP tables at Adelson’s Marina Bay Sands casino in Singapore like to tell stories of the Indian mogul who demands croupiers call him ‘your highness.’ As one employee put it: “We are not even sure if he is real royalty. But if we call him ‘sir’, he won’t respond.” It seems that while money talks, it doesn’t hear all that well.