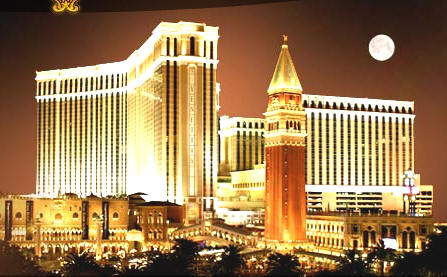 Analysts think that Macau’s casino industry could see revenue come in below original estimates in May. Macau Business reports that Nomura analyst Harry Curtis thinks the enclave will take MOP28 billion (US$3.5 billion), a figure that falls short of their original estimate of MOP29 billion. They came to the conclusion after seeing figures for the first 13 days of the month and even if it does reach only MOP28 billion it will still be the highest of all time.

Macau’s own tourism forces are worried the enclave needs more hotel rooms if it’s to grow even further. Forbes reports that Macau Government Tourist Office director, Joȃo Manuel Costa Antunes, said: “We need more rooms. We have only 23,222 rooms in Macau. This is our problem. Occupancy of hotel rooms is about 85%. But during busy times, like weekends, hotel rooms are all occupied.”

He expects the amount of rooms available to “double in five year” and it will help to dispel any rumors that they’re about to be gazumped in the Asian gaming industry by other countries. To that end, Antunes added: “I say we will still be happy because we have a special location. There are 3 billion people within a five-hour flight. We have 50 cities in China where we can promote, including nearby Guangzhou, the most important city.”

There was even time for some modesty from the tourism office, general manager Al Merschen admitting: “Some people call Macau the Las Vegas of Asia. But, in reality, Las Vegas is the Macau of the U.S.”

Sands China has granted a share options grant to president and CEO Edward Tracy. The Las Vegas Sands subsidiary granted Tracy some 260,000 share options at a subscription price of HK$29.29 (US$3.77) with a validity period of 10 years.