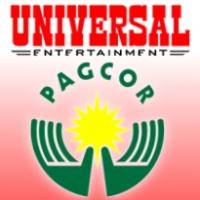 Universal Entertainment Corp. chairman Kazuo Okada may have his hands full against Steve Wynn, but that hasn’t stopped the man from committing to his plans of building a $2-billion resort casino at the Pagcor Entertainment City.

The Japanese casino magnate reaffirmed his plans of building the casino, even revealing to a select group of newsmen that his company, Universal Entertainment, has already allocated ¥50 billion or $470 million to serve as cash-flow for the project. Okada expects the project to be completed in two years time.

This news should ring music to the ears of officials from the Philippine Amusement and Gaming Corporation, who have a lot invested in the Entertainment City project. With one of the biggest names in the casino industry in the fold, it certainly adds a level of legitimacy and prestige to a project that has been years in the making.

In addition to the casino, which has been tentatively called the Manila Bay Resort project, Okada is looking into expanding his business ventures in the Philippines. Recently, he announced plans to open a number of manufacturing facilities of casino/gaming machinery and gaming software, one of which – the Aruze Gaming America Corp. – has already been in business for the past two years manufacturing parts of slot machines.

Okada also stressed the importance of putting up a casino in the Philippines, not only for the employment opportunities it will give Filipinos – Okada is estimating around 16,000 jobs for Filipinos when the casino is completed – but more importantly, to boost tourism and provide increased revenue for the country. Okada’s vision for his casino project is for it to become a “unique, world-class entertainment resort that would attract and primarily cater to a global foreign market”.

With the burgeoning casino market in Asia, the decision to look at the Philippines to build a resort casino wasn’t rocket science for Okada’s Universal Entertainment Corp. He believes that the gambling market is shifting towards Asia. Macau and Singapore have already proven just how lucrative the business is in the region and with casino developers looking for the next Asian gambling frontier, the Philippines was the next logical market to go to.

Make no mistake; the development of completion of Pagcor’s Entertainment City project is still years away from happening. But the fact that Okada is putting his money – $2 billion’s worth – where his mouth is only shows the commitment and faith international casino developers have in the Philippines’ capacity to become the next gambling capital of Asia.