Home / Business / Investing The Hard Way: The Five Dumbest Stocks In The Market 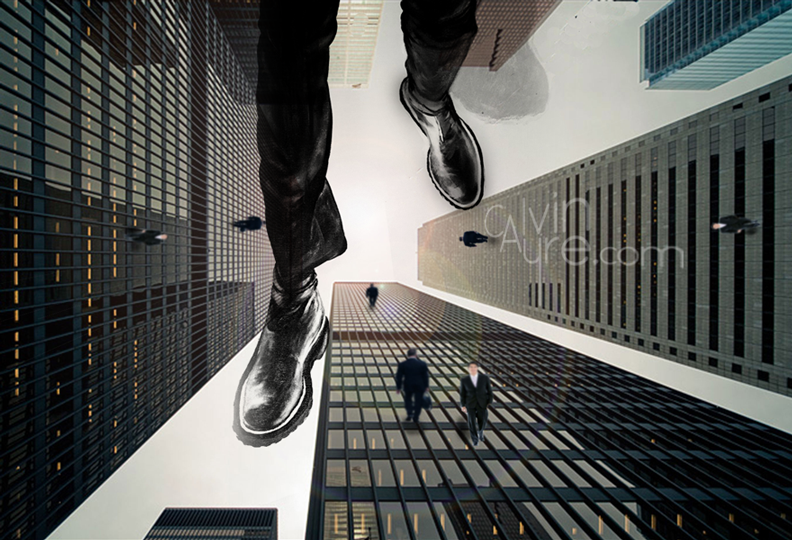 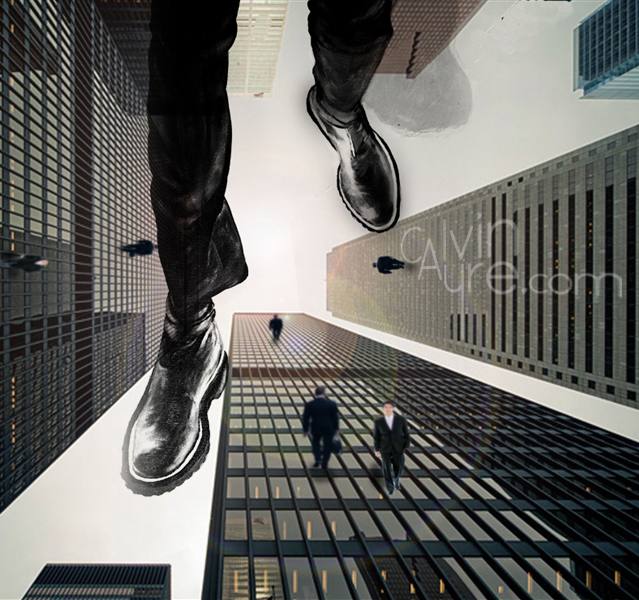 One of the quiet keys to successful investing is to simply avoid big mistakes. Everyone loves the story of buying Apple (AAPL) at $12 in 1997 or Google (GOOG) at its $85 offering price in 2004. But those successes are far and far between. Far more common are the stories of individual investors who lost $10,000 on BigHub.com (an actual stock from 1999, I swear) or $8,000 on some other “hot tip” from their idiot brother-in-law.

Investors need patience, reasonable expectations, and investments in companies that have those qualities as well. On Wall Street, as the saying goes, “pigs get fed, and hogs get slaughtered.” Toward that end, here are, in my opinion, the five dumbest stocks in the current market. This is not necessarily advice to short these stocks – many are heavily owned by the “hogs,” and they can do some real damage while they are loose. These stocks will often see heavy and volatile trading, so the average investor may not want to take the risk of betting against them in the short term. But, in the long term, these stocks are nothing but trouble.

Zynga has already seen a steep drop, falling by nearly half since some poor dope bought the stock for $15.91 per share, an all-time high, back in early March. Of course, the Facebook game developer only went public in December, with the stock initially priced at $10 per share. ZNGA quickly fell to $8, soared over $15, then began its long decline to Friday’s close of $8.33. That drop included a secondary offering in late March, when Zynga’s Wall Street advisers convinced even more poor dopes to buy over $500 million worth of the stock at some $12 per share. Notably, those shares were sold not by the company to raise capital, but by its existing shareholders to cash in on the company’s then-elevated stock price. 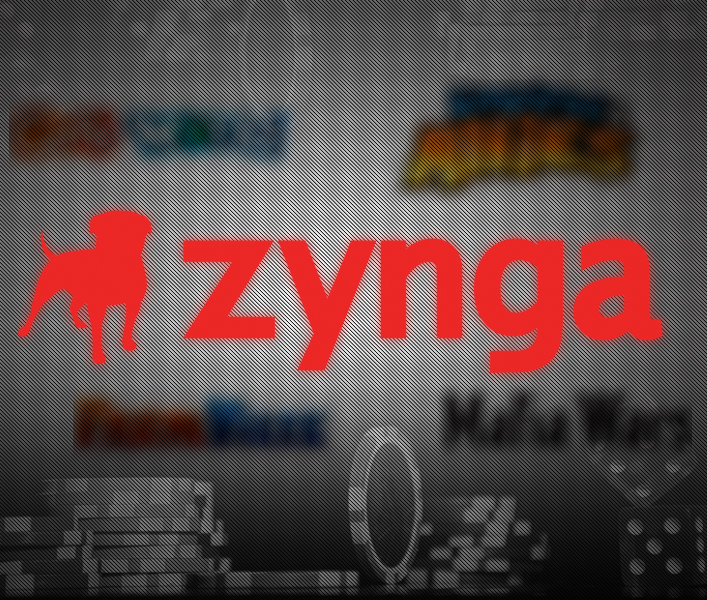 That the company’s insiders have so little faith in its future is a bad sign for the stock, but certainly understandable; even at the seemingly bargain price of $8.33, Zynga is still wildly overvalued at some $6 billion. I argued two weeks ago that the company has no chance to become the online gambling powerhouse many predict; let’s assume, for argument’s sake, I am wrong (it has happened in the past). 888 Holdings (888.L) and Bwin.party Digital Entertainment (BPTY.L), two of the largest pure-play online gambling companies, have a combined market value of about $2.5 billion USD. If we assume Zynga will have success in the still-nascent US market, and perhaps create a gambling business with similar value, the rest of Zynga is still valued at some $3.5 billion.

Back out the company’s $1 billion in cash – which won’t last very long, as the company pisses it away on nine-figure acquisitions of mobile games that can’t keep an audience – and, even if the company succeeds in becoming an iGaming player, the legacy Facebook games are still valued around $2.5 billion. If the idea of spending your share of $2.5 billion to buy Farmville and Mafia Wars doesn’t strike you as instantly idiotic, bear in mind that Zynga is still unprofitable. Of course, as the company is found of pointing out, it is profitable as long as you exclude stock-based compensation for its employees. In 2011, stock grants totaled $510 million – representing more stock for insiders to sell to investors at inflated prices, likely with Wall Street’s help. Between the clear emphasis on favoring employees and insiders over shareholders, and a business model based on selling virtual goods for real money, Zynga simply makes no sense.

Another Internet darling and late 2011 IPO, Groupon went public in November at an initial offering price of $20 per share. The stock traded as high as $31.14 the first day before closing at $26.11. Two weeks later, the company returned to that level, at $26.19 on November 18th, and then it was over. The stock fell 40% in a week – for reasons that remain unclear – and after a rebound, GRPN shares were hammered again last month by the company’s disclosure that it had identified a “material weakness” in its accounting, and revised its fourth quarter 2011 results to lower reported sales and increase its net loss. Wall Street was shocked – shocked! – to discover that a company that had twice revised its IPO filing due to “creative” accounting might have had some issues with the financial truth. Groupon’s most brazen attempt to improve sales came before its offering, when the company actually tried to account for the full cost of a Groupon as net revenue, instead of the roughly 50% of face value the company actually receives. This attempt was roughly like a casino claiming the total amount wagered at its tables as revenue, and writing off customer wins as simply the cost of doing business.

Groupon also stretches the truth with its representation of its business model. The company is not the marketing company it claims to be, but is actually, as several analysts have noted, a predatory lender. The company offers up-front cash – through the initial purchase of Groupons – in exchange for long-term re-payment through the delivery of a business’ goods and/or services. In other words, the company is a loan shark that has a history of lying to the authorities; small wonder it is headquartered in Chicago.

Like Zynga, Groupon now trades well below its initial price, but its fall has been steeper. It closed Friday at $9.97 (after trading at an all-time low of $9.93), down by more than half from the offering price and off 68% from its first-day and all-time high. It may see a short-term rebound as traders move in, or investors talk themselves into taking a gamble on a rebound. Don’t get sucked in by the seemingly lower sticker price. Groupon’s business model is not sustainable. The company is bleeding cash, has completely outgrown its ability to monitor its accounting and its thousands of salespeople, and in many cases is helping to bankrupt its own customers. Groupon itself may not be far off.

I recommended a short sale of ISLE back in mid-March on this site; the stock promptly rose 12.4% in the next two days, revealing the extent of my influence in the investing world. But patience has been rewarded; after rising further, ISLE stalled in April, and closed Friday at $5.71, off about 8% from its price when I recommended investors short the stock.

Truth be told, Isle of Capri may not deserve to be on this list; it certainly has done nothing to merit a comparison to the corruption and lunacy of Groupon and Zynga. But I needed a gambling stock to keep up appearances, and I still believe ISLE to be the worst stock in the sector. It has a massive debt load – as I noted in March, over 35% of its revenues go to taxes and interest on its debt – and its brand is simply not strong enough to create growth in the increasingly competitive US market. Isle may be a fine company – and I have enjoyed the two properties I have visited – but its financials are simply too stretched for equity investors. Its bonds – which mature in 2014 and offer a nearly 7% yield at current prices – may be an interesting play for investors who appreciate the company and believe it will continue to survive. But there is simply not enough cash generated for equity holders to make substantial profits in the near term, and the long-term issues of cannibalization and regional competition show no signs of easing.

I’ve covered Research in Motion – the maker of Blackberry smartphones – repeatedly for the investment site Seeking Alpha. Back in July 2011, I called the stock “a value trap” – a term for a stock that looks like a good deal, but isn’t.

Ten months later, RIMM is still a value trap. The numbers look phenomenal; cash of over $3 per share, and trailing earnings of $2.22 per share, all for Friday’s close of $12.01. But that closing price is the company’s lowest in some nine years; the stock has lost over 90% of its value since 2008. It has lost more than half of its value since my first negative piece on the stock in July. At each level – and with each negative article I wrote – there were bullish investors convinced the worst was over. It wasn’t – and still isn’t. Blackberry has been overrun by Google’s Android platform and the hugely successful iPhone from Apple. Its former dominance in the business world has been eroded by technological changes, and its consumer appeal has been decimated by its inability to deliver quality products that consumers actually want. With its market share in the single-digits, the smartphone pioneer is now exiting most of its consumer markets.

There are still investors hopeful that RIM will come back; they point to the company’s patent portfolio or the repeatedly floated rumor of an acquisition by Microsoft. They did the same thing at 45, and 35, and 20. With the stock now at 12, the story still hasn’t changed. Ignore the seemingly positive fundamentals – which will continue to worsen – and ask yourself one simple question: if you won’t buy a Blackberry phone, why would you buy stock in the company that makes it? And if you would buy a Blackberry phone, what the hell is wrong with you?

Lennar builds homes in the United States. Convinced yet? You should be. But, there’s more. The stock trades at 20 times its 2013 earnings estimates (and 35 times this year’s consensus). It’s doubled since October. It’s burned $380 million in cash in the last five quarters. It’s trading at twice its book value, even though the carried value of its assets will collapse if the US housing “recovery” sees any stumbles.

The company itself is hopeful that “the housing market and the overall economy are stabilizing,” echoing similar prayers throughout the industry. According to Reuters, homebuilder sentiment in March was the highest it has been since June 2007 – right before the most recent housing bubble burst. Not only the homebuilders but investors are buying into the recovery too soon and on too little evidence.

If an investor did believe strongly in the housing recovery, he would be wise not to buy Lennar stock, but to buy an actual freaking house. The price of the home may decline, but there is still some value in owning a home. The same, right now, is not necessarily true of Lennar.