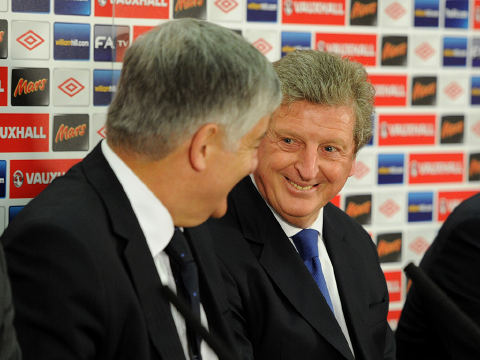 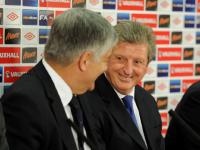 Roy Hodgson has been announced as the new England manager and will take over after his current side, Bodog-sponsored West Brom, have played their last two games of the Premier League season. Hodgson comes into the job as one of the only managers to be handed the poisoned chalice with significant experience at international level. He has guided both Switzerland and the United Arab Emirates with the former reaching a high of third on the FIFA world rankings whilst boss.

The bookies haven’t had the best of times since Fabio Capello was sacked back in February and needless to say, today’s appointment wasn’t a particularly good one as far as they were concerned. Picking long-time favorite ‘arry Redknapp would have been a winner for a number of firms with SkyBet one of those that were worried about Redknapp not being appointed back in February. Today Helen Jacob was in somber mood.

“Harry Redknapp would have been a brilliant result for us. As Redknapp had been such a short price for such a long time, customers had looked at bigger priced alternatives,” Jacob told CalvinAyre.com. “The best backed and most realistic of which was Hodgson, who came in for consistent support at around the 16/1 mark in recent months.”

Stan James was in the same camp, with spokesperson Rory Jiwani telling us: “In the end, Roy Hodgson turned out to be a five-figure loser for StanJames.com. Immediately after Fabio Capello’s resignation, we decided to keep Harry Redknapp on our side, as he looked a certainty for the job. But in the last month, we were best price Redknapp and hardly took a bet as the uncertainty mounted.”

He said: “Harry was always favourite – largely because the media would not hear of anyone else getting the job and gave the impression they ‘knew’ it was a matter of when, not if. Personally, I always believed that the FA would probably revert to ‘Brian ‘Too Hot To Handle’ Clough-mode, and that even if they didn’t, Harry, a man who appears to love to be loved, might believe that a couple of England defeats may undo all the work he has done over the years making himself popular with pundits and punters alike.”

Sharpe also added that Hodgson wasn’t alone in receiving support from the punters, adding: “Roy Hodgson was not without punter support, however, so it was not one-way traffic in the market, with Stuart Pearce also coming in for a fair amount of betting support.”

Heading into the European Championships, the sportsbooks are split on what effect the appointment of Hodgson will have on the attitudes of bettors looking to get behind the team. Charlie McCann from BetVictor spoke to us earlier and was far from glowing of the new boss, his belief being that the “punter in the street” won’t be getting behind Roy.

He added: “Roy Hodgson has never captured the public’s imagination and I just wonder if punters will desert England as a result of what has generally been perceived as a conservative/unimaginative but safe appointment.”

Jiwani at Stan James commented that the former West Brom boss has his “work cut out to convince England fans that he is the right man for the job”.

Lastly, Paddy Power celebrated the appointment the only way they know how – by releasing the latest ad in their “We Hear You” advertising campaign. The ad contains hot Eastern European birds merged with goal-line technology and Roy Hodgson smashing a TV in the face! Check it here: