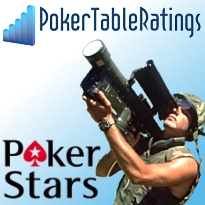 Curacao-licensed Gutshot Poker has left Playtech’s iPoker network, apparently miffed at not having received an invite to join iPoker’s new ring-fenced ‘iPoker 2’ sub-network. Gutshot has found a new home(s) on not one but two other networks: Merge Gaming and the Italian-focused ENet. Despite being on US-facing Merge, Gutshot will not accept US players. Merge, meanwhile, has announced it will no longer accept new players from the state of Utah, following Gov. Gary Herbert putting his John Hancock on the state’s anti-online gambling bill HB 108 last month.

Less than two weeks after switching its domain from .com to .ag, sportsbook BetOnline’s poker room has left the Chico Poker Network (formerly the Action Poker Network) without any advance notice to players. PartTimePoker reported that players received emails on Tuesday from BetOnline stating that the poker room would be “closed for maintenance over the next few days” and poker player balances were being transferred to the sportsbook wallet “within the next 72 hours. Once the upgrades are completed, you will be able to transfer your funds back over to your poker account and resume playing immediately.” BetOnline’s new poker network home remains a mystery at this point.

No longer a mystery? The lengths PokerStars is prepared to go to combat data mining. On the one-year anniversary of Black Friday, Stars’ Head of Home Games Lee Jones posted the latest edition of his PokerStars Roundtable, in which he announced the company had sent ‘Cease and Desist’ letters to data miners Poker Table Ratings (PTR). Stars says PTR, which scrapes hand histories from Stars and other poker sites and sells them to bumhunters, has violated the section of Stars’ Terms & Conditions that prohibits the use of ‘External Player Assistance Programs’ which provide an “unfair advantage.”

Jones claimed it had taken “considerable effort to track down the companies and individuals associated with PTR” because its principal actors “have taken considerable steps to hide their activity and shield themselves from action.” But now that the detective work has provided addresses for Stars’ legal-sized envelopes, PTR has been informed that “they must immediately cease infringing [Stars’] intellectual property rights and breaching the terms and conditions of our software.” Just in case PTR’s purloined data had convinced them that Stars might be bluffing, Jones made it clear: “This is not an idle threat; we’ve assembled a team of lawyers in multiple jurisdictions to follow up.”

For those who have long advocated against bumhunting enablers, it’s encouraging to see the online poker industry’s number one site taking a stand. While there are those who trumpet the ability of PTR and its ilk to expose collusion and cheating in online poker rooms, the occasional good deed doesn’t excuse the habitual erosion of the recreational player base on which the entire poker ecosystem depends.