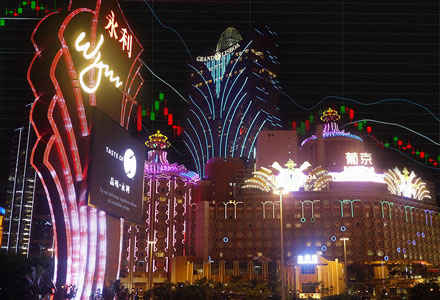 Trading stock options is, usually, a high-risk, high-reward endeavor, one not for the faint of heart. As the old Wall Street saw goes, “Option traders are like options; they usually expire worthless.”

A stock option is simply an option to purchase – or sell – 100 shares of a stock at a predetermined price, called the “strike price.” In American-style options, the option can be exercised at any time between purchase and the expiration date, with the expiration date occurring on the third Saturday of each month. “European-style” options are only exercisable on the exact date of expiration, which is the third Friday of each month. (In practice, they are usually distinctions without much difference, as American options are rarely exercised before expiration; investors looking to exercise an option will often simply re-sell the option and take their profits through the options market, rather than waiting for delivery of the stock.)

The appeal of options – like gambling itself – is the possibility of big returns. If a “call” (right to buy) option is purchased for $1 on a stock trading at $10, and the stock goes to $15, a shareholder makes 50% on his trade. An owner of the call option makes 400% – $4 of profit from $1 of initial capital committed. The downside risk is obvious, particularly in “out of the money” options – options whose strike price is below the trading price (for right-to-sale, or “put” options), or above the trading price (for call options): if the stock stays flat or drops, the options trader loses everything. As such, trading in options is usually not a suitable strategy for long-term investing, retirement saving, or inexperienced investors (no matter what the various Internet banner ads for options seminars might promise).

That said, I do believe that option trading has some value. For one, it’s fun. I fondly recall a well-timed option play on the price of gold in advance of a Ben Bernanke speech back in 2010, part of whose profits paid for a fancy dinner and lower-level seats to an Oklahoma City Thunder game, and made my then-fiancee very happy. (A few more similarly profitably trades and we might have gotten married.) More seriously, allocating a small portion of the portfolio to option trading keeps investors attuned to the markets and spices up what can, quite honestly, be at times, a dull, monotonous process. Long-term, fundamentally sound investing can get boring. Making occasional stock option plays can add some excitement. Just because we’re planning for the future doesn’t mean we can’t go to the casino every now and then.

The first place an options trader might look to go is Macau. Macau-facing casino stocks continue to sizzle as the Macau gambling market shows exceptional growth. News that February gaming revenue on the island rose 22.3%, ahead of analyst expectations, drove US-listed Macau operators higher. Despite skepticism, the bull run in Macau continues; options traders can look to profit from momentum in the stocks through the purchase of call options on the island’s casino owners.

What makes options interesting is the wealth of ways in which to use them. Short-term traders expecting that March results in Macau will again surprise analysts, and create further growth in the stocks of LVS, MGM, and WYNN, can look to April options. These options have the lowest cost, because they require the quickest moves. A 15 call option on MGM – entitling a purchase of the stock at $15 per share anytime between now and April 20th – is asked at just 22 cents. With the stock closing Friday at $14.20, MGM needs to rise 7.2% between now and expiration. The ask price of 22 cents is per share; thus, a single contract in MGM would cost $22, plus commission. Exercise of the contract – the right to purchase 100 shares at $15 each – would cost $1500, but the need to commit additional capital can be avoided by simply re-selling the option. A higher-risk – and higher-reward – play in MGM would be to buy the April 16 call, asked at just 6 cents. Should MGM stock break $16.06 by April 20th – an admittedly substantial 13% rise – this option would become profitable, and quickly. At $17 per share, each contract, purchased for just $6, is worth $100. A fine return, indeed.

Why would I recommend MGM for a short-term options trade when I have been so negative on the stock in the past? Because MGM is loaded with debt and facing an uncertain future – two of the reasons I recommended avoiding the stock – its stock is extremely volatile. Its beta is 3.67, meaning, on average, it moves 3.67 times as wildly as the overall market. This volatility is good for options owners. If an investor is long an April 16 call option, it doesn’t matter if the stock stays at 14 or goes to 3 – either scenario means the option expires worthless. But the volatility in MGM makes the possibility of a 13% monthly move higher – indeed, MGM made similar moves in early February, January, late December, and October. Given the high rate of return if the bet proves profitable, the volatility inherent in MGM stock makes it an interesting trading vehicle; an options speculator need only to be right on occasion to make the gamble worthwhile.

It’s also important to note that a trader need not hold the option to expiration – nor does the stock necessarily have to reach the theoretical break-even point for a profit to be made. If, for example, MGM moves from $14.20 to $15.20 next week, the April 16 option – which is now far closer to being profitable – will jump in price, and a trader could close the trade out in a week for a likely substantial gain. Speculating on options is a race of stock movement versus time. The passage of time – known as “time decay” – is the biggest enemy facing options traders. It’s why heavy investing in out-of-the-money options is a dangerous full-time pursuit. It’s also why a trade that could potentially return 1500% or more, such as the MGM April 16 call, looks so enticing.

Options need not only be short-term bets. LVS, WYNN, and MGM all offer Long Term Equity Anticipation Securities, known as LEAPS. LEAPS are simply long-dated options; all three stocks offer options that expire in January 2013 and even January 2014, some 22 months from now. Looking at LEAPS offers a way to leverage bets on the underlying securities. WYNN remains one of my favorite stocks in the gambling sector, and closed Friday at $126.57. Investors who are highly confident in the stock can purchase 100 shares outright for a total investment of $12,657. Or they could look to the LEAPS market. A January 2013 WYNN 120 call – “in the money,” as the strike price is below the current trading price – is asked at $21.35, or $2,135 per contract. A confident WYNN investor could purchase 6 January 2013 120 calls for a total of $12,810 – nearly equivalent to the cost of 100 shares. If Wynn rises to $150 per share over the next 10 months – a healthy 18.5% gain – an outright shareholder would earn a profit of $2,343. The options owner would earn $865 per contract (each contract costs $2,135, and is now worth $3,000, as the call owner can purchase 100 shares at $120 each and sell them for $150 each.) Thus, the total profit on the options trade is $5,190, a 40% return, versus the 18.5% for the pure shareholder. As the stock price rises, the divergence between options profit and shareholder profit continues; should WYNN reach $162.70, the shareholder enjoys a 28.5% return, but the options trader’s investment has doubled.

There is a catch, of course – the risk to the options trader is far higher. If WYNN drops below $120 and stays there until January, a shareholder could lose as little as 5.2%. The options owner – who owns a right to buy the shares at $120 – is wiped out at $119.99, losing all $12,810 in risk capital on even a modest decline in the underlying stock.

It is a fool’s errand to try and explain options strategy in a single article; there are books and newsletters, seminars and websites devoted solely to ideas and trading strategies using options to speculate. Indeed, any investor attempting options strategies should spend substantial time learning the options market, and potential strategies, before making options trades. But the two examples above show some of the appeal – and risk – involved in options, particularly in the usually volatile gambling sector. It’s worth repeating that speculating on “out of the money” options is a high-risk endeavor; but it’s also worth pointing out that, through other strategies, options can be used to limit investment risk. I’ll discuss some of those strategies next week.

But for investors, allocating a small – and I mean small – portion of the portfolio to occasional speculative bets is an interesting, fun, and occasionally highly profitable way to expand a portfolio’s reach. As the saying goes in gambling, one should never wager money one cannot afford to lose. The same goes with options speculation. But occasionally, the roulette ball lands on 22, the craps shooter stays hot, and MGM reaches 17 before the April 16 call expires. There’s nothing wrong with putting a manageable amount of money out for a little excitement.