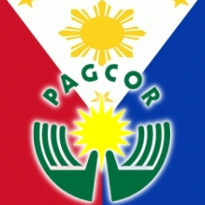 The Philippine Amusement and Gaming Corporation (Pagcor) saw February revenues rise 35.5% above the same month last year. The state-run gaming regulator/operator issued a statement that pegged monthly revenues at P3.56b ($83.4m). It’s a new monthly record — the eighth time that record’s been broken in the past 12 months. Pagcor head Cristino Naguiat Jr. believes the “hefty increment” in February’s target numbers was “primarily brought about by the bullish performance of Pagcor’s own gaming operations,” which contributed P2.58b, another record. Naguiat credited improvements to marketing programs at Casino Filipino, slots upgrades and a tighter eye on expenses. Revenues from Pagcor-licensed operations was P985m, up 17.1% from 2011.

Naguiat is projecting Pagcor will enjoy 22% growth this year. Number crunchers PricewaterhouseCoopers (PWC) believe the overall Philippines’ gaming market will experience 18.3% growth this year, and average growth of 16.9% until 2015 (slightly under the 18.3% global average). Pagcor revenues were $846m in 2011, so even using the PWC’s smaller numbers, they should be around $1.3b by 2015. The government received a 54% share of Pagcor’s February revenues, a figure that was some P763m ($17.9m) higher than last year. Happy valentine’s, baby…

Pagcor’s contributions to state coffers are indeed ‘hefty’. Hence the government stressing the need to go slow on any proposed changes to Pagcor’s charter, such as stripping away its gaming operations and relegating it to a purely regulatory role. Calls to end Pagcor’s dual role intensified following Wynn Resorts’ allegations that Pagcor execs were the improper recipients of Kazuo Okada’s largesse, but the Palace wants to ease into this process like an old man into a hot bath. Naguiat himself suggested change might not come until all four resort casinos in the Entertainment City Manila project are up and running.

But members of the House of Representatives aren’t waiting. A bill that would strip Pagcor of the responsibility to approve gaming licenses – and hand that responsibility to Congress – passed its third and final reading this week. Under House Bill 5682, Pagcor would continue to regulate independent operators, but all state-licensed operators’ applications and contracts would be subject to Congressional oversight. Rep. Pedro Romualdo (Camiguin) told Business World that the bill was intended as a response to the recent Wynn allegations. “If we remove Pagcor’s power to issue a franchise, those controversies will not happen anymore.”

Speaking of controversies that ain’t happening, the Court of Appeals in Manila has dismissed contempt charges filed against Leila De Lima and Jesse Robredo, secretaries of the Departments of Justice and Interior & Local Government (respectively). The two were accused of ignoring a July 2011 Court of Appeals injunction barring them from raiding jai-alai frontons in Cagayan Freeport operated by Meridien Vista Gaming Corp. The joints were raided in Sept. 2011 after a confidential informant told the cops that illegal jueteng (numbers) games were being offered by Meridien employees. There was no mention in the injunction of letting jueteng slide, so the cops claim they were just cracking down on crime as their duty demanded. The appeals judges said ‘way to spot a technicality’ and adjourned for lunch. But this is likely far from over. Remember that damn Alabama bingo hall raids thing went on for years, so this may only be getting started. Your move, Meridien.