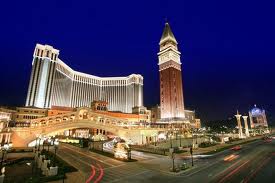 In the latest step in the battle between Wynn Resorts’ chief exec Steve Wynn and Japanese businessman Kazuo Okada, Wynn Macau Ltd are set to hold an emergency board meeting tomorrow to officially dismiss Okada as a company director, Reuters reports.

If you haven’t been keeping up with the saga, Okada has recently seen his 20 percent stake in the U.S.-based gaming operator forcibly bought by the company following accusations that Mr Okada paid brides to regulators in the Philippines. According to Reuters, a nine person Macau board with five connected to Mr has the power to unilaterally remove Mr Okada.

Other sources reveal today’s session of Mr Okada’s lawsuit against Wynn Resorts requesting access to the company books was postponed, without reasons given and with no new schedule announced, Reuters reported.

Sands is still the leader of the mass-market segment in Macau with a weighted share of customers of 34.3%, according to Union Gaming Research Macau. SJM Holdings was second in line at 27.2%, followed by Galaxy Entertainment Group Ltd. (20.0%), Wynn Macau Ltd. (7.2%), MGM China Holdings (6.4%), and Melco Crown Entertainment Ltd. (4.9%).

By property, the top three shares continued to belong to the Venetian Macao (22.0%), the combination of SJM’s Grand Lisboa/Lisboa (15.5%) and Sands Macao (12.3%). A report by Macau Business states Union Gaming estimates each operator and casino’s mass market share by counting casino shuttle bus passengers at the Outer Harbour Ferry Terminal and the Macau Border Gate.

In other Macau news, Galaxy Macau has announced it will go all cultural and display contemporary artworks by Mio Pang Fei from February 29 till March 11. The exhibition will feature 24 masterpieces by the Shanghai born artist who has been living in Macau for three decades, including the contemporary artist’s selected classic paintings and installations. Galaxy Macau is hosting the exhibition together with Casa de Portugal with the support of the Cultural Affairs Bureau.