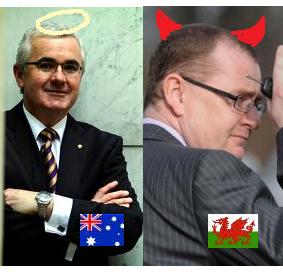 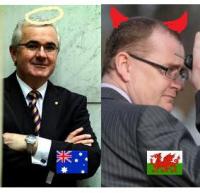 A school headmaster named Andrew Wilkie from north Wales has pleaded guilty to stealing more than £53k from his school for online gambling websites. Yep, we know what you’re thinking. And to answer your question: no, it is not the Aussie pokies reform MP whose pokies reform bill was recently abandoned by Aussie Prime Minister Julia Gillard. Though that would have been pretty hilarious.

A report by British tabloid The Sun stated that a Magistrates court committed the Welsh headmaster’s case for sentencing to the Crown Court today after its powers were not deemed sufficient because of the large amount of money involved.

It’s pretty confusing for the gambling industry that in this case, Mr Andrew Wilkie, is a principal at Southdown Primary School in north Wales. Perhaps this imposter is actually a Welsh alter ego of the Aussie MP? You never know. Regardless, it doesn’t help matters that Australian Wilkie’s home town is in fact New South Wales. Too many Wilkies, too many Wales’. The Wilkies of Wales are rife in the gambling industry, it appears.

Nevertheless, the Welsh court today found that (Welsh) Wilkie had already lost his life savings on online poker sites and had remortgaged his family home to pay his debts. So when he ran out – like any other law abiding citizen would do – he turned to the school funds for help.

According to the report, the headmaster didn’t admit to the theft until the school was threatened with an emergency audit after an anonymous tip-off. Matthew Ellis, prosecuting, said the school’s local Council had received two anonymous letters urging it to investigate the “misuse of funds” at the school.

Who was the tip off from? Was it Aussie-Wilkie? Fearful that this man’s name would tarnish his reputation as an esteemed gambling reform-fighting MP? In a parallel universe, we’d love to think so.

Luckily, Welsh headmaster Wilkie (we think it’s pretty important to distinguish between the two as often as possible), was immediately suspended from his post when the discovery was made. After pleading guilty to stealing a total of £53,438 he’s now on unconditional bail as he awaits his sentencing from the Crown Court.