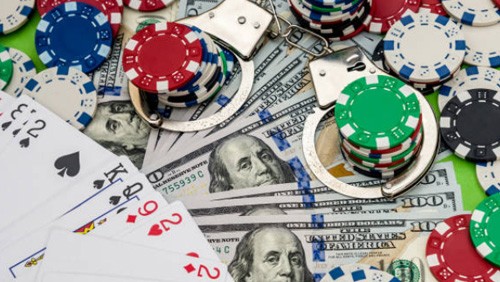 A would-be criminal found his mastermind theft of a casino foiled earlier this year and could now be able to spend the next 20 years figuring out what he could have done differently. Jory D’Michael Trayvunn Dumas, a 28-year-old criminal entrepreneur out of Alabama, admitted this past March to his role in a heist at the Wind Creek Montgomery Casino earlier this year and has now stood before a judge who agreed that he’s guilty. His sentencing will come at a later date.

Dumas conspired with two others, Timothy Dean Pettiway and Courtney Deandra Stanton, to pull off the theft of the Poach Creek Band gaming property and the trio was initially able to walk away with about $193,000 before an investigation easily put the pieces together. Stanton was working for the casino at the time and Dumas was a former employee who had previously been fired for theft.

Casino security personnel are equipped with unique skills and Spidey senses that tingle when something bad is about to happen. It’s either that or the fact that cameras all over the place make it easy for them to see anything out of the ordinary, like an employee acting out of character and doing something that stands out on film.

Dumas reportedly contracted Stanton into his scheme and convinced her to leave her set of keys on top of a cash exchange kiosk. Then, Pettiway, not so nonchalantly and certainly not out from under the watchful eye of the cameras, casually strutted over to the kiosk, removed a cash box and headed to a restroom. He popped out a few minutes later and then grabbed a second cash box before repeating his routine.

Dumas was waiting in the restroom the entire time. Pettiway turned the cash boxes over to him so he could break them open and hide the cash before making his grand exit through the casino doors. Two casino employees and neither was able to remember that cameras are everywhere. They definitely won’t go down in history as the smartest minds in the criminal underworld.

Pettiway admitted to his role in the heist and was given two years and nine months in jail. Stanton has acknowledged her participation, as well, but hasn’t yet been sentenced.