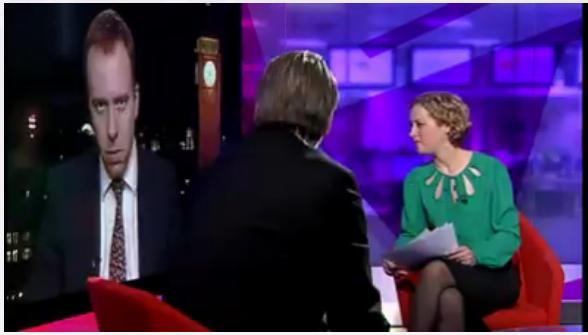 With weeks to go until the UK’s Chancellor of the Exchequer, George Osbourne, announces the 2012 Budget – one of his associates, Conservative MP Mathew Hancock, has come up with a plan to raise an extra £300 million in tax revenue by putting forward new legislation to, what he calls “crack down on tax avoidance” by the gambling industry.

At the moment betting companies pay a 15% tax on their profits, but they can avoid that by basing their online operations in other international locations (like how Betfair moved to Gibraltar), with 18 of the 20 main bookmakers in the country doing just that. Hancock’s bill, which was debated in the commons yesterday, would close this “loophole” by levying the tax where the punter makes the bet as opposed to where the bookmaker is based.

When comparing gambling to food and entertainment, and asked “why should betting have extra tax slapped on it”, Hancock said: “There’s a long-standing tradition of having a tax on betting in this country – but there’s also a levy paid on bet’s that go on horseracing, which pays for the product, the race to go on, the prize money, to ensure that we have great racing on which the profits from the bookies are made.

O’Brien responded that the gambling industry is already very highly taxed. “British based companies, like Ladbrokes, at the moment are paying £1 billion in tax and are only making about £600 million in profit from it,” he said. “The important thing is this proposal must be done in a sustainable way.”

He continued: “The Last time the government looked at this in 2005, they set the rate online at 15%. That was never going to be sustainable; it encouraged businesses to locate offshore – it meant British based businesses like Ladbrokes couldn’t compete and we were forced to watch our customer relocate to competitors. And that’s not sustainable for levy, for competition or consumer protection.”

When asked whether his proposed bill was in fact killing the UK’s economy and not helping it to grow, Hancock responded: “I respect Ladbrokes argument that they wouldn’t mind being part of a level playing field in the UK. But if your competitors are allowed to move offshore then of course there’s competitive pressure for you to move offshore too. I want to see all UK betting British so the appropriate tax and correct levy is paid.

“The arguments that the 15% tax on profits is too high, I can understand and it should be looked at but it’s hardly good for the UK to have 18 of its 20 biggest betting companies having jobs going offshore  because of the system that’s set up at the moment, so I think it’d be good for growth to bring it all back onshore.”

Hancock argued that there are hundreds of small, independent bookmakers who are based in the UK who are too small to go down the “avoidance route of offshore” and there isn’t a level playing field for them, either, as they need to pay the tax, agreeing with O’Brien that “we need a fair system.”

When posed the question “why didn’t Ladbrokes keep their operations in Britain like Coral and Bet365”, O’Brien argued those companies too have made it clear if things don’t change for the better they’ll need to move their operations to a different location.

“Let’s remember; we’re a big retail operator who pays more taxes in the UK than we’re making profits, so we welcome a review,” O’Brien said. “Let’s get a sustainable level of tax on this industry that enables it continues it to sustain level of employment and the levy economic growth and that means a sensible rate of tax.”

Welcoming the constructive response from O’Brien, Hancock concluded: “We’ve got some great racing in the UK and we need to keep it that way – making sure the industry prospers in the years to come.”

The treasury are consulting on aspects of the bill at the moment and the Budget, due to be held on 21 March this year, will outline the government’s plans in more detail. Will Hancock’s bill succeed in getting UK betting companies’ operations back on British soil? Or is it just another way for the government to make easy money, while making it more difficult for gambling businesses to grow?