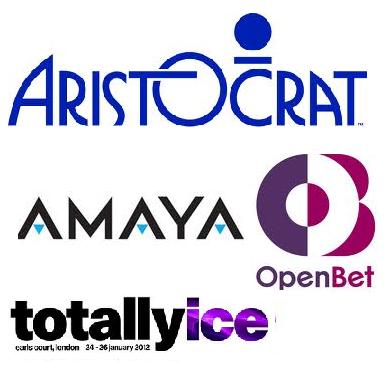 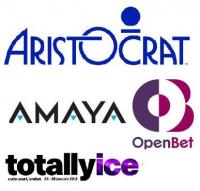 Entertainment solutions provider, Amaya Gaming Group, has entered into a deal with a subsidiary of the land-based casino slot providers Aristocrat: Aristocrat Leisure Limited. The three-year agreement will allow Amaya’s wholly owned subsidiary Chartwell Technology, to adapt a number of Aristocrat gaming titles – such as Wild Panda, Pompeii, and Where’s the Gold – for use in online and video lottery terminal (VLT) applications.

General Manager Online Gaming for Aristocrat, Gillian Findlay, said the company was over the moon to partner up with Amaya. ”Aristocrat’s proven slot content is ideally suited to transition to the online space, as our initial titles have shown. Online gaming is growing rapidly, and Amaya’s strong distribution helps expand the reach for our extensive portfolio to more players,” she said.

If you would like to have a nosey at the company’s products, Amaya are currently exhibiting at ICE 2012’s stand 5270 in the iGaming pavilion and #3410 in the Land-based pavilion.

It seems Aristocrat is on a roll, as news today reveals that it has also signed an agreement with sportsbook and online gaming supplier OpenBet.

Like the Amaya deal, the agreement will ensure OpenBet adapt some of Aristocrat’s popular games to the online format and make them available through OpenBet’s subsidiary, Electracade.

The first games to be available will include Geisha, which will feature the 5-reel, 20-line game of the original casino version, as well as Wicked Winnings.

CEO of OpenBet, David Loveday, said: “This major partner agreement with Aristocrat is another example of how OpenBet can work with companies to ensure that the best content is available to online operators. OpenBet’s leading platform allows companies, such as Aristocrat, to deliver their popular content to a much wider and growing audience.”

Managing Director, Emerging Businesses and Strategy of Aristocrat, Sam Nickless, said: “Combining our top performing games with OpenBet’s expertise and strong reputation will create a compelling offering for both players and operators.”