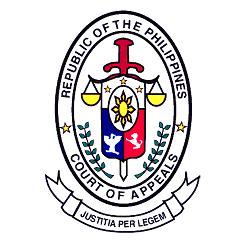 The Court of Appeals in Pampanga has concluded that internet gambling is not punishable by the the Philipines’ law.

In a report by CBN News, the country’s Court of Appeals’ Sixth Division dismissed charges against foreign and local directors of an alleged virtual casino operating in Clark Special Economic Zone in Angeles City. However, Associate Justice Amelita Tolentino made the decision to grant a petition filed by British Grand Vision International’s Edgar Lim, who sought to quash an indictment for illegal gambling ordered by the Department of Justice in February 2009.

The ruling comes after more than five years since a complaint for illegal gambling was filed against Lim way back in October 2006 when National Bureau of Investigation ( NBI) agents seized millions of Peso’s worth of equipment thought to be used for illegal online gambling during a raid.

The news report affirms the Court of Appeals decided the DOJ “committed grave abuse of discretion” in stating that online gambling is “included in the illegal acts punishable under Presidential Decree No. 1602”, which ordered the filing of charges against Lim as well as 40 other respondents.

The court found that Section 1 of PD 1602 indicates online gambling isn’t an illegal act penalised by the said law. “Therefore, there is no law that punishes internet gambling or online casino. Well settled is the principle that ‘there is no crime when there is no law penalising it,'” the court ruled.

PD 1602, which was enacted on June 11, 1978, has been the subject of several amendments. But the CA said these amendments failed to include and provide for any penalty for internet gambling.

The court added: “In order to constitute a crime, the act or acts complained must be within the letter and spirit of the penal law. Hence, the act of the respondent Secretary of justice in ordering the filing of information against the petitioner for violation of PD 1602, has in effect exceeded his authority and had impliedly amended PD 1602.”

“This act of the respondent Secretary of Justice is a clear and grave abuse of discretion amounting to lack or excess of jurisdiction.”

The court concluded that the then-Justice Secretary Raul Gonzales should have dismissed the petition filed by the National Bureau of Investigation (NBI) and the Philippine Amusement and Gaming Corporation (Pagcor) against Lim in November 2006.