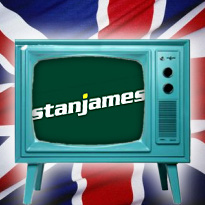 There are too many damn online gambling ads on British television, a UK parliamentarian has declared. After telling parliament on Wednesday that there were almost 36 hours of gambling ads aired on UK TV each week, Liberal Democrat MP Tessa Munt called for a review of the situation by Ofcom, the UK communications industries’ regulator. Munt beseeched Prime Minister David Cameron to “please protect consumers, children and the vulnerable from this kind of activity,” especially “at a time … when we are encouraging people to be moderate in their expectations and behavior.”

Cameron acknowledged Munt’s concerns, but suggested the problem was not strictly a matter for Ofcom, and that the quality of gambling adverts was as much a concern as their quantity. Cameron described the issue as “a question of responsibility by the companies concerned. Anyone who enjoys watching a football match will see quite aggressive advertisements on the television, and I think companies have to ask themselves whether they are behaving responsibly when they do that.” In response, the Daily Mirror quoted a Paddy Power spokesman as saying the company’s ads were “entertaining rather than aggressive.” Oh yeah? Have you asked that cat?

Politically, things aren’t much better across the water in Ireland, where the majority leader of the Republic’s upper legislative house says gambling is increasingly a major factor in suicide. It’s unclear whether there was anything more than anecdotal evidence to support the claim, but the Irish Times quoted Fine Gael’s Maurice Cummins as referring to gambling – particularly, the online variety – as a “major contributory factor” in choosing to take one’s own life. “Many people, young and old, are accumulating large debts and this is something that should be investigated.” We couldn’t agree more, provided the incredibly irresponsible actions of the Irish banking sector over the past decade gets put under the same microscope (with actual consequences this time).

In non-political news, Stan James has reached a three-year deal to rebrand the Chester racecourse’s Chester Cup as the StanJames.com Cup. The race will make its inaugural appearance under its new moniker on May 9 as part of Chester’s annual May Festival. That is, so long as the Stan-sters don’t advertise the event too ‘aggressively’ and no suffragettes choose to throw themselves in front of the horses.