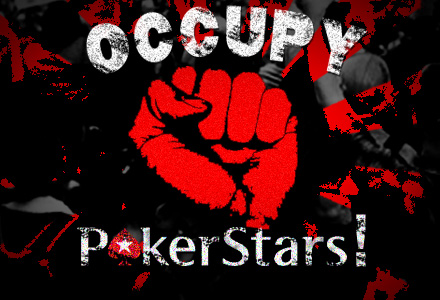 I’m going to propose something to you that might sound a little weird, but just go with me here. Ready? Okay, here it is: We’re living in a pretty unique moment in history right now. (As I pause to let that stew in your brain for a moment, let me say that I actually think we’re beginning to slide past that moment as this month continues to roll on by. But that’s complicated, and I’m looking to simplify a bit, so stick with me here.) In the last year people all around the world have risen up to tell The Man that he can’t shit on them anymore, because they’re human beings and they deserve to be treated with dignity. In some cases this meant kicking some tyrant ass (Tunisia, anyone?), or relying on help from world powers to kick some tyrant ass (Libya), or getting some tyrant ass to voluntarily step down (Egypt). In other cases it meant standing up and shouting to the world that you’re mad as hell about…something…and you’re not going to take it anymore (the Occupy movement)!

There have been protests and revolutions in the past, of course, but never in a time when the entire human race is as interconnected as it is today. It’s faster and easier for somebody in just about every corner of the world to keep up with the things happening in every other corner than it’s ever been in human history. And when you can keep with so many people are protesting against so many different wrongs and taking down so many powerful figures who have ruled them unfairly for years and years, it can be pretty easy to start seeing yourself as facing injustice, too. If you should then find yourself in a place where you can see yourself as the victim of injustice, too, you might start to feel that it’s time to stand up and take down the powerful figure who’s been ruling you unfairly for so long…regardless of whether anyone is actually imposing a hardship upon you.

And so…this brings us to online poker’s recent adventure with perceived injustice: Occupy PokerStars. In response to changes the world’s largest poker room was proposing to make to its VIP program and method of calculating rake, a group of poker players in the 2+2 forums decided to organize a mass protest whereby they would all pull up 24 tables at 5 p.m. on January 1st and sit out – an event that would demonstrate to the greedy giant how the players who grind dozens of a tables at a time are the reason its games run 24 hours a day. Its eyes presumably opened to the injustice of it all by this coordinated action, PokerStars would then bow down to the players’ demands, including not implementing any kind of changes before.

These changes were announced a bit on the late side – after Stars had originally said they’d be announced, in fact – and some of the proposed changes in rake structure would indeed hit some players’ bottom lines particularly hard. There were plenty of legitimate reasons for players to have beef with PokerStars – apparently enough that some players opted to try disrupting the business of the poker room whose VIP program and multitabling options even allow these people to make money in the first place. Unsurprisingly, given that the protestors coordinated their actions in a public forum, anyone sitting out on multiple tables at 5 p.m. was greeted with a message removing them from their tables and a dialog box reading, “Your playing privileges have been revoked.”

Perhaps some of the players actually believe that they’re the reason games exist on PokerStars, and that the changes were an injustice to them just like people all over the world have faced down in the last year. But if most of them thought that way they wouldn’t have even considered threatening Stars when a bunch of changes they didn’t like came down the pipe; after all, the poker room has no power over them. Facing a truly unfair situation, the players simply would have done what so few people in the real world have the chance to do: they would have voted with their feet, taking their business to a competitor who can offer them a better deal. PokerStars would have lost business, a competitor would have gained business, and the players would have a better reward system to help their bottom lines. But that didn’t happen. Instead the protesting players, who were just facing an unpopular business decision rather than a true injustice to anyone, made the only play available to them at the time: they bluffed. And PokerStars, knowing it held the strongest hand, made the call.

While the sit-out protest was a poor way to approach the problem, there’s no doubt that PokerStars could have handled the situation better on its end as well. They only answered players’ questions in detail a little over an hour before the start of the strike and then applied a shotgun approach before the sit-out protest could really get off the ground, limiting even multi-tabling players who sat out for legitimate reasons but had no plans to participate in the protest. And had PokerStars announced the new VIP program and rake changes earlier in the first place, there would have been more time to handle the outcry from players, who then might not have opted to organize their “strike.” In the end they agreed to a meeting at the end of this month with a self-selected group of representatives from the 2+2 forums at the company’s Isle of Man headquarters, so there will be some sort of resolution forthcoming, but the debacle is going to hurt PokerStars’ reputation with a lot of players – even some who weren’t necessarily sympathetic to the protestors in the first place.

The sad/amusing part is that the whole mess could have been avoided if there were more open communication between poker rooms and their players about the realities of today’s marketplace. Most of these players were weaned on the healthiest poker economy the world has ever known. At PokerStars, the fishiness of hundreds of thousands (if not millions) of American poker enthusiasts paid for a VIP program that rewarded anybody who opened an account and played a lot of poker. That was a big difference from other rooms who preferred to have rakeback programs that rewarded only those who opened their accounts with an affiliate code, a difference that allowed thousands of people to make money by grinding at dozens of poker tables at a time. Even a nit could make money playing enough tables at PokerStars thanks to the VIP program – and lots of them did.

But today’s poker economy is not the same as it was a few short years ago. A very large percentage of the market disappeared overnight last April when a handful of very large and influential corporations began making a push to cut it up between themselves and a US Attorney in Manhattan saw a great opportunity to score some points for what will undoubtedly be a future career in politics. The Way Things Are has long since ceased to be, but for the most part rake and rewards systems have continued to move along as they had before. Anybody who expected them to stay the same as they had been in the past could fairly be accused of either being delusional or simply not paying attention – and PokerStars was just as delusional for not getting out in front of the issue, given the unrealistic expectations of its high-volume players. It needs to keep the rake flowing in the face of a much smaller market than it’s used to, and that task will be a lot easier if there’s not a loud and restless contingent of players constantly trying to turn the place into a union shop.

Perhaps the meeting at PokerStars HQ will open up that line of communication between the room’s management and its high-volume players and relations will smooth over. But if communication doesn’t become the norm, don’t be surprised to see more confrontations of this sort between other rooms and their players.