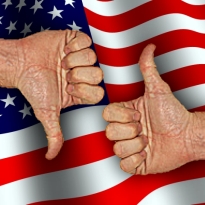 New Jersey voters may have approved the notion of amending their state constitution to offer betting on sporting events by a 2:1 margin, but a recent poll suggests the rest of the country isn’t nearly as gung ho. A Fairleigh Dickinson University PublicMind poll of 855 registered voters across the country was split down the middle: 42% opposed and 42% in favor. However, a similar poll in March 2010 cited 53% opposed and 39% in favor, suggesting that the numbers are trending in a positive way.

When the 2011 numbers are broken down by gender, 49% of men were in favor and 37% opposed, while women went the opposite way, with 47% opposed and 35% in favor. Households that already engage in some form of sports betting (even the lowly office pool) were 71% in favor of liberalizing the sector, with only 23% opposed. Conversely, households where no sports betting took place were 46% opposed and only 36% in favor. On the plus side, younger voters were far more likely to back overall sports betting than their older counterparts, suggesting that even if nothing happens immediately, ti-i-i-i-me is indeed on their side. Yes, it is.

Interestingly, the numbers related to online betting remained the same in both polls, with voters giving thumbs-down to online wagering by a 60% to 28% margin. Gender didn’t matter much in the rejection of online betting, with men opposing it 55%–35% and women 65%–22%. But experience with sports betting once again led to a support for the online option (50%–44%), while sports betting virgins rejected online betting by an even wider margin than they did the land-based version (64%–20%).

If sports betting is headed for New Jersey, it can’t happen fast enough for Atlantic City. November saw the casino market in the neighboring state of Pennsylvania eclipse AC in revenue for the first time. Pennsylvania’s 10 gambling joints brought in $245.8m, while AC’s 11 casinos took in $700k less. Pennsylvania was the clear winner in the slots derby, scoring $191.8m to AC’s $173.2m. On the gaming tables, AC is still ahead, $71.9m to $54m. The difference is that Pennsylvania is growing while AC is shrinking, to the point where some analysts are suggesting AC will soon fall to third place in the ranking of the nation’s gaming markets.

As a sign of AC’s increasingly desperate attempts to entice gamblers through their casino doors, New Jersey’s Division of Gaming Enforcement has granted ACH (the former Atlantic City Hilton) the right to issue gambling chips in 25¢ and 50¢ denominations. Apparently, the previous $1 entry point proved a bit too ritzy for the ACH’s clientele. (Next up, moving the slots next to the dumpsters out back.) Michael Frawley, COO of the struggling ACH, told the Associated Press that the casino has yet to submit design concepts of what the new budget chips will look like. We suggest making them really large, so that the high rollers will have something on which to lay their drinks.