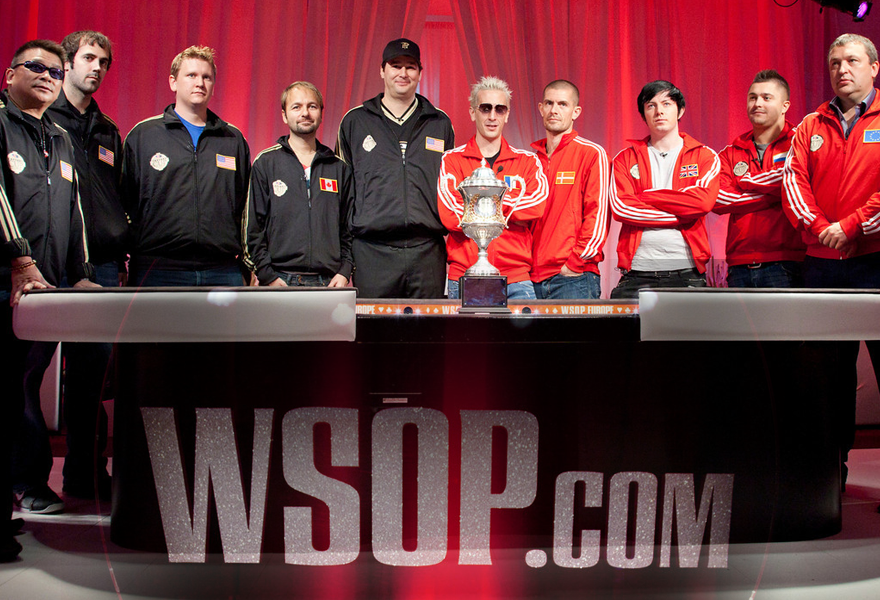 Las Vegas, Nevada (Dec. 13, 2011) – The 2011 World Series of Poker Europe Presented by BarrierePoker.fr was one for the record books in all regards, setting records for largest prize pool in French history as well as the largest first place prize. And ESPN cameras were on hand to capture all the riveting action and are ready to debut the coverage on ESPN2 this Sunday, December 18 from 6 pm to 12 midnight ET.

Following the conclusion of the Caesars Cup event, ESPN2 cameras immediately turn their attention to the 2011 WSOP Europe Main Event by dedicating five consecutive hours of coverage to the largest WSOPE Main Event in the five-year history of the tournament series.  A record 593 players ponied up the 10,000 Euro entry fee ($13,765U.S.) to create the largest WSOPE prize pool ever — $7,836,414.

2011 WSOPE Main Event action airs Sunday, December 18 at 7:00 PM ET with the biggest names in the game descending on Cannes to battle it out for the coveted WSOPE Main Event bracelet and the nearly 1.4 million Euro first-place prize ($1,927,310).   Seven different countries are represented amongst the final ten players and the poker play will go down as some of the best seen on a global stage ever.

“We continue to be proud of our deep relationship with ESPN to deliver fresh programming to poker fans,” said WSOP Executive Director Ty Stewart.   “As the only European tournament broadcast in theUnited States, WSOP Europe has become one of the most prestigious events in the world in just a few years time.”

Can Patrik Antonius shed the “best players never to win a bracelet” tag by winning this prestigious event?  Will the United Kingdom’s dynamic duo of Chris Moorman and Jake Cody keep the title on British soil for another year?  Can Frenchman Arnaud Mattern finally get a much-deserved defining victory?  Can Canada’s Shawn Buchanan complete an incredible 2011 calendar year by capturing his first WSOP gold bracelet?  Or can Texan Brian Roberts or New Yorker Elio Fox wrestle the title back to American soil?

This tournament has no shortages of storylines or star power.  Poker fans can watch the dramatic five hours of coverage for the first time this Sunday from 7:00 pm to Midnight.

Lon McEachern and Norman Chad return to call the action from the Majestic Barrière Hotel inCannes,France, just steps away from the beautifulMediterranean Sea and home of the Cannes Film Festival.

The complete ESPN2 schedule appears below.  All times are EASTERN.