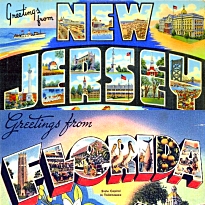 Internet wagering will be dropped from New Jersey’s pending sports betting legislation, in the hopes that the elimination of an online option will eliminate a potential veto of the legislation by Gov. Chris Christie. Christie has expressed qualified support for the legislation, but stated that he had “concerns about the bill the way it is currently configured.” (Christie infamously vetoed online poker legislation passed by both houses of the New Jersey legislature earlier this year.) However, the sports betting bill’s backers are claiming the decision to drop online betting language was made purely for expediency’s sake – as even if Christie signs the bill, there’s still the not insignificant matter of mounting a federal court challenge of the anti-sports betting Professional and Amateur Sports Protection Act (PASPA).

Sen. Ray Lesniak, the bill’s biggest booster in the state senate, told NorthJersey.com’s John Brennan that he “caved. We don’t need any delays on this.” Lesniak later told the Associated Press that he was “willing to not include [online wagering] in the bill, only because I want to get into court as soon as possible to have the federal law declared unconstitutional … There’s plenty of time to address the Internet and phone aspects of it, either through a supplemental bill to the sports betting or in a comprehensive Internet gaming bill, which I am also very interested in.”

Assemblyman John Burzichelli, the prime mover behind companion legislation in the state Assembly, also views the deletion as a temporary one. “Rather than bog down the base question of sports betting in New Jersey by debating the second bigger issue of the definition of Internet gaming and where the bet is taking place, that debate is better reserved for separate legislation for a separate day,” Both the Senate and Assembly are scheduled to vote on the legislation this Thursday (15). Assuming it passes in both houses and Christie signs off, Lesniak expects the ensuing federal court fight could be a “year-long” battle.

Down the coast in Florida, Rep. Joseph Abruzzo told Gambling Compliance’s Chris Krafcik (@CKrafcik) that he would try to add an online poker component to the state’s pending resort casino legislation. Abruzzo has been trying for several years now to bring online poker to Florida residents, so give him points for consistency. But the casino legislation has been hugely controversial in Florida, with Gov. Rick Scott noncommittal and several other prominent state officials unabashedly opposed to bringing casinos to Florida’s shores. Abruzzo’s attempt to add online poker to the bill’s language could prove fatal to the bill’s already shaky prognosis.

Florida Attorney General Pam Bondi’s anti-casino comments at a Dec. 8 press conference have drawn a response from Las Vegas Sands. Sands, which has been lobbying for years to gain a resort casino footprint in Florida, took exception to Bondi’s allegation that such gaming establishments were “a magnet for money laundering.” In an open letter to Bondi, Sands VP Andrew Abboud rubbished such allegations, pointing out that the federal government’s Financial Crimes Enforcement Network (FinCEN) monitored casinos for such illegal activities. Abboud challenged Bondi to check the FinCEN website “for records of enforcement actions and determine the compliance record of casinos versus other financial institutions. We think you will find that there may have been more enforcement actions against banks and other financial institutions than casinos.”