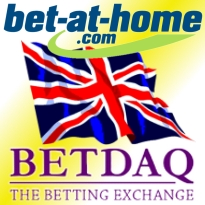 Tory MP Matthew Hancock has redoubled his efforts to convince UK lawmakers that the horse racing industry is destined for the knackers without changes to the country’s gaming laws. During a Westminster Hall debate on Tuesday attended by 20 MPs and Minister John Penrose of the Department of Culture, Media and Sport, Hancock claimed that online betting shops’ flight to less ‘taxing’ jurisdictions like Gibraltar had deprived racing of £62m. “I don’t believe in tempting people to pay tax. I believe in ensuring people pay tax. Widening the regulatory net, which I support for all gambling in the UK, is not as urgent as closing the tax and levy loophole.”

Hancock proposes revising the law to consider the punter’s physical location (rather than the location of the online bookie’s servers) when determining the legal definition of just where the bet was made (and what taxes/levies will be applied). Hancock wants the change enshrined in the annual Finance Bill, but Penrose offered no guarantees as to if/when that might happen. Regardless, Hancock was encouraged. “We got across the cross-party agreement on this so the minister can now argue that any legislation won’t be opposed. I am confident that it will be done, it’s just a question of when.”

Betting exchange Betdaq has signed on as official sponsor of the Greyhound Premier League, operated by the Greyhound Owners’ Breeders’ and Trainers’ Association (GOBATA). Basically, anyone who has at least five dogs can form a team, which we guess means that 101 Dalmatians crew could end up with 20, er, spots. Actually, there will be three qualifying events, at each of which six teams will battle it out for two League slots. Then the League teams will race against each other for points on four nights over an eight-week season, with Grand Finals in February at Doncaster. There are also plans for first and second divisions, to which bottom-rung teams will be relegated at the close of the season. Beats being sent to the knackers, we suppose…