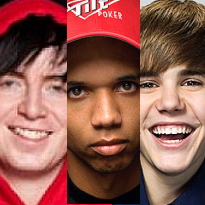 UK poker wunderkind Jake Cody has signed a sponsorship deal with PKR.com. The 22-year-old, whose 2011 WSOP bracelet victory made him only the fourth (and youngest) poker triple-crown winner, becomes the seventh member of Team PKR Pro. Cody claims to be “very excited” about the deal, having “been patient with sponsorship, waiting for the right deal to come along.” As one star rises, others fall: Juan Maceiras Lapido and JP Kelly have been dropped from the Team PokerStars roster.

The terms of former Team Full Tilt member Phil Ivey’s divorce from ex-wife Luciaetta Ivey may be reexamined after the Nevada Supreme Court questioned Ivey’s campaign contributions to Bill Gonzalez, the Family Court judge who oversaw Ivey’s divorce proceedings. The $5k contribution was made in 2010, the year after the divorce was granted, and was Gonzalez’s single largest contribution that year. Luciaetta claims Ivey stopped paying spousal support in April 2011, so she filed a motion to reopen the case, after which her lawyer uncovered Ivey’s contribution. Smelling a rat, Luciaetta petitioned to have Gonzalez removed from the case, but both Gonzalez and Ivey objected. On Tuesday, the state Supreme Court ruled that Luciaetta had raised issues of “arguable merit.” Ivey now has 30 days to respond.

Finally, if you still doubt that money and fame can allow you to skirt society’s rules, consider Justin Bieber. The mop-topped pop idol’s tour passed through London recently, and the singer for the Bieb’s support act claims Justin was jonesing to play poker in the casino at the hotel where he was staying. Problem: Justin’s only 17-years-old, and thus too young to be allowed through the casino doors. Solution: the underage kajillionaire paid a dealer to come to his room and organize a game there. Bieber reportedly lost $200 to one of his tour managers in the process. So, gamblin’: check. Carryin’ on: check. Now all we need is a photo of the kid passed out in a gutter clutching a bottle of Hendricks and Justin can become an official contributor to CalvinAyre.com.