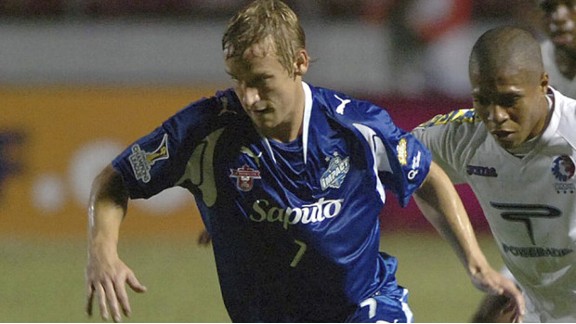 David Testo has become one of only a handful of professional footballers to publicly admit his homosexuality. The former Montreal Impact and Vancouver Whitecaps player admitted to CBC Radio-Canada that his team-mates have accepted him as gay but he was anxious to admit it publicly.

The 30-year-old, from North Carolina, feels more confident about speaking openly and in public about his orientation. The situation is still a very different one over in the UK and subsequently in football as a whole.

Over the pond the situation hasn’t come a long way since Justin Fashanu outed himself as gay in an interview way back in 1990. Many colleagues sickeningly admitted gays had no place in sport and met his admission with anger. His brother John, formerly of Gladiators and match-fixing accusation fame, disowned him in an interview with the headline: “John Fashanu: My Gay Brother is an outcast.” Tragically he committed suicide in 1998 and remains the only professional footballer in the UK to admit his homosexuality.

Little has changed these days and homophobic chanting is still commonplace at grounds around the country – even though there are no openly gay footballers in the game. The Professional Footballers Association only last year planned to shoot an anti-homophobic video and needed to enlist a player to endorse it. According to the Independent players and agents declines the request. The NBA’s first openly gay player, John Amaechi, said that he had spoken to “10, 12 current professional footballers who are gay”. His depressing advice was to not come out. The Football Association has done very little to break down the barriers either.

Many other sports have taken down the taboo of being homosexual in sport and it just goes to show that a disparity in the quality of the game isn’t the only alarming difference between North American soccer and the European game. Unfortunately it looks as though the quality gap will be bridged a lot quicker than the homophobic acceptance one.