Home / Sports / When will we see the first homosexual Premier League soccer player? 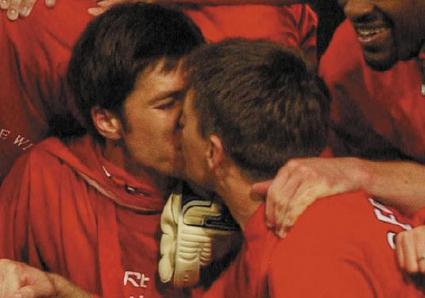 England’s first gay cricketer outed himself earlier this week to add to a long line of sports where homosexual players have been open for years. In the UK though, it still seems like a taboo subject.

Steven Davies’ admission that he was “batting for the other side” follows Welsh rugby union international Gareth Thomas coming out of the scrum last year. There’s one sport that has always looked homophobic from the outset and as such has only ever seen one major player come out as gay.

Justin Fashanu’s brave actions back in the early 90s were castigated by most in soccer, including his own brother, but some feel that now may be the time for a player in the burgeoning Premier League to come out. The bookies aren’t far away from it all playing out either.

William Hill correspondent Graham Sharpe, commented, “Statistically it is very unlikely that there are currently no gay players in the Premier League, but the question of when any current player will be willing to reveal in public that he is gay is one which is causing much discussion. We believe that the perceived problems which may arise for any player who does so may act as a deterrent and therefore think it is odds-on NOT to happen before the end of next season at the earliest.

“However, the positive reaction to Davies’ recent announcement may well act as an incentive for a Premier League footballer to decide that the time is now right for him to come out in public”

Although the positive reaction mentioned above may make it easier, it’s unlikely a sport with an image like soccer has will see a second openly gay player for some time yet.