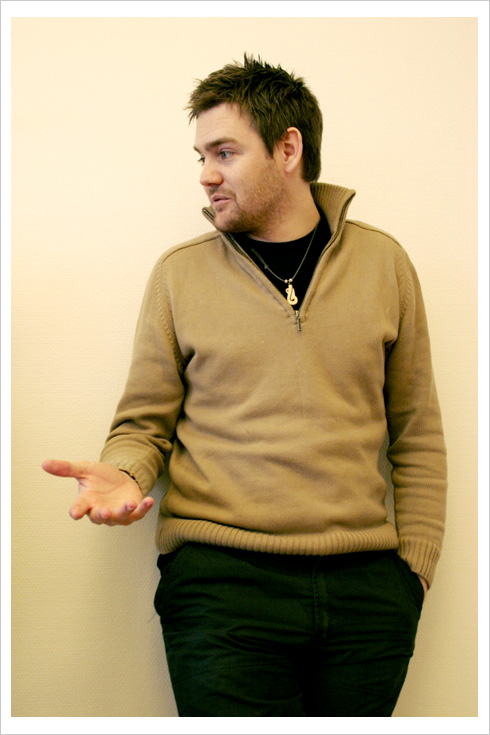 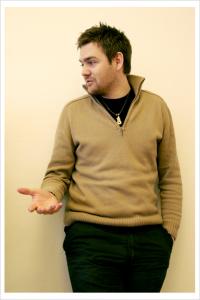 Kim Lund has close to a decade of experience in the online poker industry, the first part of his career with PokerRoom.com, Ongame Network and Bwin and the second part focused on his very own blog and consulting company, Infinite Edge Gaming.

Thanks to his years of experience and sharp intellect, Kim has earned the reputation of having some of the strongest and most credible opinions on the past, present and future of online poker and the issues that grip the industry as whole.

We at CalvinAyre.com love strong opinions and industry icons, so I sat down with Kim to get his thoughts on online poker network revenue models and liquidity, his predictions for the global landscape of online poker and to learn more about his personal plans for the future.

RL: Thanks so much for joining me, Kim. Lets begin with some predictions. Seeing as you reside in Scandinavia, what do you think is the future of online poker in this region and continental Europe?

KL: Legislatively, it’s pointing in all sorts of directions but I’m not really qualified to comment on legal matters. But beyond legislative concerns, Scandinavia is interesting because it is such a mature market. We Scandinavians adopted early so by now we’ve won and lost our money enough times to demand something fresh. While it is futile to dream of ever re-engaging all the players that started playing because you couldn’t open a newspaper without reading about poker, lots of former players are likely to have stopped simply because they got tired of more of the same.

Find the right form, build the right product and make it work in Scandinavia. Then you’re in good position to conquer the rest of Europe – and the US – as well.

RL: What about the future of online poker in the United States?

KL: Again, from a legal point of view, it is impossible to call. At least for me. I‘m privy to enough of the behind-the-scene whispering to have the profoundest respect for the massive game of chess being played out by politicians and lobbyists. Once all the pieces are aligned I’m sure things will move quickly.

I foresee one of two very different scenarios. Either the market will be flooded with the same type of traditional sites operating in Europe, or enough US companies have learned the lessons from Europe, chosen to look further than the first wave of market craze, and invested in innovation. Then we’ll see a much more interesting fight for market share. And a new spring for online poker in general.

I think time-to-regulation will play a massive role. The longer it takes, the easier it will be for innovators willing and able to establish other means of monetizing online poker to get a head start.

RL: Really interesting predictions, Kim. Now lets focus on the present. What is your opinion on the Pokerstars new “fish friendly” time based MTTs?

KL: First-off I question their novelty. Isn’t this the exact same concept as the Hellcat tournaments released by PartyPoker ages ago? While I don’t think it is an intentional strategy on their part, Pokerstars tend to get a lot of credit for “inventing” game formats and features already on the market. Beyond that I’m in favor of almost all novelties. There are many elements, components and rules associated with the game of poker that some may consider off limits that I consider there to be ripped apart and remodeled into new playing experiences. The game must continuously evolve along with its players.

RL: OK, and what do you think about Bodog Network’s Recreational Poker Model?

KL: I don’t think I know everything there is to know about it, but in terms of trying to block player data from being exploited by certain players equipped with 3rd party data tools, I’m all for it. This is a typical example of where the industry has failed. For years it was ok with other people taking control of its game data. Selling it. Exploiting it. Using it for purposes it I doubt it was intended for. If you develop a game on the back of a clear player experience strategy/game design plan, you know from the start what data you want to make accessible to all players, some players and no players. And then you act accordingly.

Maybe there were meetings I’ve never heard of where decision makers agreed to float all the game’s data in an open source manner and just let it ride. I doubt that was the case though.

While I respect that in business it is every man for himself, it is a known fact that I don’t care at all for the big words used by the people behind the Recreational Poker Model to claim they came up with the theories that lead to this development. It is ludicrous given that they used to actively work against them. I’ve even lost some respect for Calvin Ayre due to his rather rabid defenses of claims such as the one I’m making here. A bit of class would be in order. I still have a lot of respect left for all parties involved anyway though :-J

I’m looking forward to seeing the model in action. It’s definitely a step forward. And doing something about it definitely beats just talking about it.

KL: Because it doesn’t understand game design, it doesn’t understand the motivation and behavior of its core customer and it doesn’t let itself put those core players first. It is too busy playing the stock market game and protecting its existing business to let the people who do understand all of this to make the necessary decisions to grow businesses organically. I also believe it is because people like me have failed to explain why this is so. What was merely an un-researched hunch three or even five years ago may have made a difference then if I had known, or bothered to learn, what I know now.

“The industry” is a broad term though. Some deserve a lot more criticism than others obviously.

RL: Lets move on to more general topics. What is the number one thing that poker players want in an online poker site?

KL: It’s almost a trick question the way it is worded, but fair enough. To have fun. The job of the sites is to create the fun and monetize it.

RL: So if we flip the coin to an operator point of view, if they could perfect one thing in their poker offering, what should it be and why?

KL: See above. Or read my blog.

RL: Yes, we absolutely love your blog, but we’re curious to know if you have any other plans for your poker career?

KL: Thanks! It’s been a lot of work since I launched it on October 14 last year. I estimate that I’ve spent close to a thousand hours on it. Quality varies too much though. I need to work on that. I’ve never been close to giving up on the blog but it’s definitely felt unrewarding at times. As for my career, I do some consulting work for the industry; but not always the kind of work I’d like to do. Writing a blog like mine ultimately means that you will burn some bridges and I’ve probably burned more than a few. Lately I’ve seen a bit of an upswing in requests coming from companies outside of the e-gaming sphere who see parallels in what I write. I find that very telling. I also have some things in the pipe that may well turn out to be the most fun I’ve had in years working with poker. Lastly I’m also slowly advancing a start-up poker project that I hope will materialize into something during the winter.

RL: We cannot wait to see what’s in the pipe, Kim. In the meantime, is there anything else that you would like to add?

KL: For the love of all things holy, be very careful of “gamification”. It’s a term that, sadly, has been hi-jacked by the badge mafia in the business of selling a one-setup-fits-all solution based on a bastardized view of what constitutes a game.