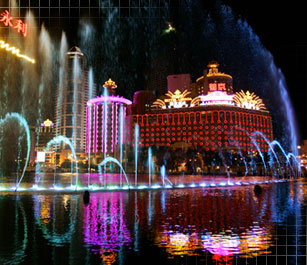 Casino operators in Macau have agreed to restrict the number of shuttle buses to their venues, as part of a wider government plan to improve traffic conditions.

The Transport Bureau director Wong Wan has not put forward any detailed goal for the overall number of casino shuttles to operate in the future. He said: “The goal is to have a reasonable and adequate supply.”

As part of the overall plan to improve traffic, and get more people to get off their asses and walk – the government also wants to cap the growth in the number of cars at 4% a year starting in 2020.

The requirements regarding the setting up of smoking and non-smoking areas for casinos will be announced by the government at the end of the year.

It will ban smoking in almost all workplaces, except for casinos, where smoking will be permitted on up to half the floor area.”

Casinos will be granted one extra year exemption to set up the designated smoking areas, where they can smoke till their lungs are content.

“This is a very prudent way to regulate. That is exactly the issue. While policies have helped promote injection of capital and growth there must also be some balance.

“A certain balance has been found, or at least a view upon which everyone agrees on how the market should be regulated”.

In September, the Macau government announced it would restrict the rate of gaming tables growth to no more than 3 percent per year after 2013, and the restrictions will last at least 10 years. In 2010, the government implemented a gaming table cap of 5,500 until 2013.