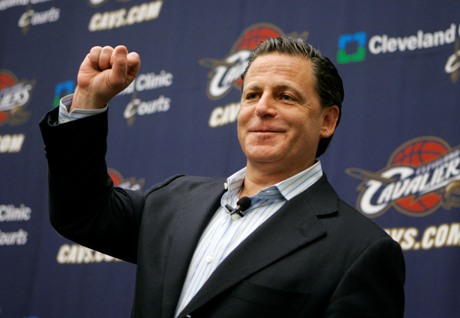 Cleveland.com reports that Gilbert, the founder of Quicken Loans, is chief of a new gambling investment company Rock Gaming LLC  that plans to open “high-style, up-scale urban casinos” in Ohio and Maryland.

Rock Gaming LLC, the urban casino project front runner, has already developed casinos in Cleveland and Cincinnati. In the report, it is stated that the concept of a high-style, up-scale “urban” casinos is in a bid to “feed on the character of a city and its attractions, as much as on its slot machines” to make them “wildly successful, and in the process revitalise rust belt cities”. With emphasis is on “wildly successful”, of course.

It seems things are already in motion as Rock Gaming has submitted an application – not forgetting that all important cheque for $22.5 million – to Maryland officials late last month. It is said that this will develop a slot machine-only casino near the city’s Inner Harbor with Caesars and two local investors.

Rock Gaming LLC principal, deputy of Gilbert’s family of 39 companies, Matt Cullen, said: “We think the right way to go is to do good and do well. But there’s no question it’s a risk.”

It seems the deputy principle doesn’t seem too enthusiastic about the move. Although we’re sure Dan the man has to plenty to say about it. As not the most popular name in the industry (renowned for his bad behaviour and short-tempered reaction over LeBron James departure), we’re sure there are many of you out there who also have plenty to say on the matter…