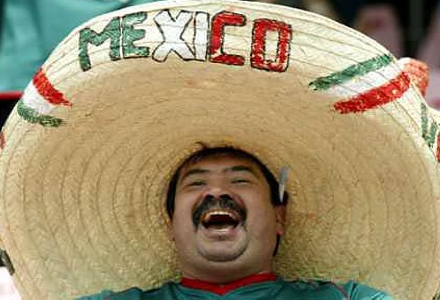 NeoGames has signed yet another supply deal this time seeing the company provide Mexico’s lottery with scratch cards and instant win games. Mexico’s Loteria Nacional’s site will now offer NeoGames’ premium platform of games and it marks the first time that the firm has decided to delve into the Latin American market. NeoGames will be cooperating with the leading provider of regulated server-based lottery systems, Digital Orchid, with all games fully-customized and branded for the Mexican market. That must mean all will feature a moustached man complete with Sombrero and Mojito. Si?

Scientific Games (SG) subsidiary Global Draw Ltd has completed a deal for the gaming industry machine and content provider Barcrest. International Game Technology agreed to the £35million deal earlier this year and that figure represents a loss on the £42m they paid for the business back in 1998. Barcrest will be integrated into SG’s Diversified Gaming Group alongside server based gaming and the rest of the Global Draw business. Off the back of the deal SG will increase its presence in the UK especially in betting shops, pubs, bingo halls and a number of other gaming industry locations. Its whistle-stop European jamboree takes in VLT custom in Italy and the Czech Republic as well.

Loto-Quebec has announced that it will be giving one lucky player the chance to take a seat at poker’s biggest ever buy-in tournament. The 2012 World Series of Poker (WSOP) “BIG ONE for ONE DROP” $1million buy-in event will see one lucky Poutine devourer sitting at one of the sought-after seats. The Grand Tournoi de poker Loto-Quebec will take place from 19th to 20th May 2012 at the Casino du Lac-Leamy and gives professional and amateur poker players the chance to win a seat at poker’s biggest ever buy-in tournament.

Seats at that tournament can be won across almost 400 satellite tournaments held at Quebec’s four casinos. The state lottery’s site, EspaceJeux.com, also has monthly satellites as well as two lottery products. If none of that inspires you then a seat can be bought for $25,000.