Home / Poker / The Death of the Poker Volume Tracking Model 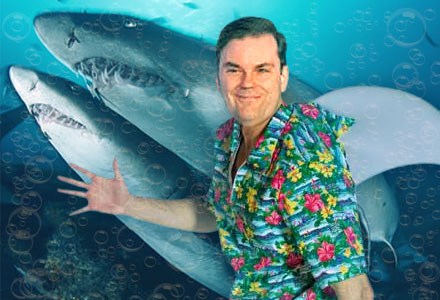 It might be a little early to call it a death but the first dagger has been squarely plunged into the gut of the poker volume tracking businesses.  Bodog Poker announced this week that they implemented new technology that will prevent sites like Dan Stewart’sPokerScout.com from compiling site figures and traffic number without permission.

This has been a constant battle between poker companies who want to build the poker eco-system with a good stock pile of net deposit recreational player and those companies like Poker Scout who serve no beneficial purpose to the poker industry other than to feed the sharks.

The sharks use the data to feast on the fish, they’re sharks, that’ what they do.

Our main issue is with these poker volume tracking sites is that steal a poker operator’s player data only to feed the information to the sharks of the eco-system who then feast on the recreational players who are too often ignored in this industry.  Now I know some poker companies still are insisting on a model that is aimed at making life easier for sharks and therefore kill the fish quicker, but if a site asks to be taken down and the poker tracking site refuses, this is now data stealing pure and simple.

The data used by PokerScout.com and companies like it, is the property of the poker operator. Unless they’ve been given implicit permission to use the data, it’s data theft.

Some companies in the industry, like Bodog Poker, have asked that PokerScout.com remove their data from their rankings, Dan Stewart refused. The refusal forces poker operators to invest extra money in new technology to protect their recreational players.

With the changes, it puts PokerScout.com in an interesting situation. They can either remove the sites that are blocking their attempts at data theft or they can make estimates about a poker company’s true volume.

By estimating numbers PokerScout.com is no longer stealing data but if they mix the numbers and don’t inform their readers which are real and which are estimates, this is a form of consumer fraud.

Dan Stewart’s PokerScout.com has no real benefit to the poker operators that target a recreational player base.  He puts a bull’s-eye on the backs of recreational players, making it easy for the sharks to take advantage. The recreational players are the ones who will be responsible for this sagging industry’s survival and eventual revival.  If Dan and his site want any respect from us here at CalvinAyre.com he needs to start running his business more ethically and take sites down when they ask to be taken down.  Anything other than this and we will continue to bang away at the lack of ethics coming from his operation.

We all want this industry to survive and thrive. I wish Bodog Poker good luck in their efforts to protect the recreational players from the sharks in the poker eco-system.

With their success, I predict more companies will adopt this model over the next two years. I say two years but it could come much faster if the US government continues to target Poker Pros and the sites that cater to their whims.

Weekly Poll – Will Roger Goodell be the NFL’s commissioner week 1 of the 2015 season?
Criz Hombrebueno
25 September 2014