Home / Business / But is it Gambling? 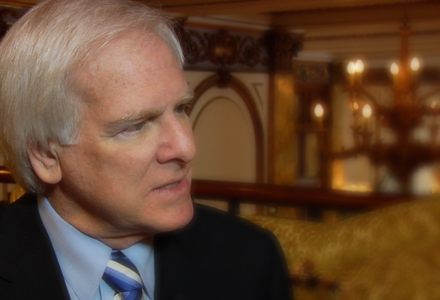 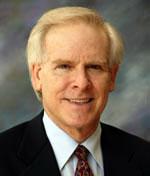 Gambling and the Law®: But – Is It Gambling?

Every week, I receive emails and phone calls from operators, reporters, and particularly entrepreneurs – individuals to large companies – wondering whether a new Internet idea is legal.

Auctions are particularly big at the moment, but these aren’t your grandfathers’ auctions.

Creative, non-traditional markets are blooming, sometimes having very little to do with stocks, bonds and commodities.

And variations on fantasy sports.

The reason they contact me is that they want to know: “Is it gambling?” And, if it is, what can we do to make it legal, that is, make it not gambling.

But this may not be the right question. Ironically, a statute that was supposed to kill Internet gaming, the Unlawful Internet Gambling Enforcement Act (“UIGEA”), has created new opportunities.

Before the UIGEA, developers tried to eliminate one of the three elements of gambling: prize, chance or consideration.

“Consideration” derives from the law of contracts. Today, just about everyone agrees there is no consideration if there is no requirement to pay. Even games like poker with free alternative means of entry are legal, if done right.

The element of skill is complicated, because every jurisdiction, meaning each state and the federal government, is free to create its own standard. In practice, trial judges are easier to convince than appellate courts. There are some standard ways of demonstrating to a live fact-finder that a game is predominantly skill, and different tests for justices who only have dry paper records to review.

The third element, prize, is the easiest to eliminate in theory, but used to be the most difficult in practice. After all, who would pay to enter a game of chance where winners win nothing? But millions of players pay to play social games, where they can win only bragging rights or fancy avatars.

Everyone wants to be the next Zynga.

The UIGEA introduced a wild card into the mix. Rammed through by the right-wing religious Republican, then-leader of the U.S. Senate, Bill Frist (R.-TN), the law contains express exemptions for such things as intra-state and inter-tribal gambling, and fantasy sports.

Technically the UIGEA exemptions apply only to this particular federal statute and would not overrule the federal Wire Act, let alone any state law. But everyone, including law enforcement, sees the UIGEA as expressing the will of Congress. The Obama Department of Justice (“DoJ”) has let state lawmakers know, informally, that it won’t interfere if a state wants to legalize purely intra-state poker, even if the computer lines happen to cross through a neighboring state. And for fantasy sports, prosecutors and regulators seem relieved to act like there is now a short checklist to determine whether a game is legal or not.

As icing on the cake, the UIGEA called for regulations to be issued by the Federal Reserve Board and Treasury, in consultation with the DoJ. These went into effect on June 1, 2010. They allow banks and other payment processors to accept online gaming operators as patrons, if the operators have “reasoned legal opinions” from lawyers, explaining why the Internet gambling transactions are legal.

Entrepreneurs are taking advantage of the UIGEA, using these “reasoned legal opinions.” For example, a couple of poker players have asked whether it would be possible to created fantasy teams for poker tournaments, and whether a person could be on his own fantasy team.

Technology has opened the door to other ideas, that may, or may not, be gambling. Insurance used to be considered gambling. That is one reason why you cannot take out a policy on the life of a person you do not know – plus, lawmakers are afraid you might do something to increase your chances of collecting.

Entrepreneurs have come up with innovative variations on insurance, all designed to allow individuals to pay small amounts to protect much larger investments. These include policies to refund expensive tickets of final playoff games, if the buyer’s teams is knocked out of the running, to compensating students monetarily if they are forced to withdraw from college.

It is only a small twist to convert these into money-making plans. How about allowing fans to pay small amounts way in advance for very expensive playoff tickets, good only if their team makes the playoffs? Or rewarding students with large payoffs in cash if they achieve straight A’s?

Online auctions have evolved far beyond eBay. Many sites today allow participants to obtain expensive goods and services for a fraction of their retail costs, if they have the winning, unique bid, high or low. The sites can be extremely profitable, because participants have to pay a small fee for each bid they make. The psychological impact of sunk costs can be so great, that many people find they can’t walk away and write off the money they spent on losing bids.

Some gaming lawyers analyze these online auctions in the traditional terms of prize, chance and consideration. Like insurance, or trading commocities and securities on listed exchanges, conventional auctions are not analyzed this way.

I believe the correct question is not “Is it gambling?” When I give a “reasoned legal opinion” I focus on “Is it legally an auction?”

There are many forms of gambling, or what used to be considered gambling, that are now perfectly legal.

A smart gaming lawyer will know that changes in the law and technology have changed the questions they must ask, and answer.
END

© Copyright 2011. Professor I Nelson Rose is recognized as one of the world’s leading experts on gambling law, and is a consultant and expert witness for governments and industry. His latest books, INTERNET GAMING LAW (1st and 2nd editions), BLACKJACK AND THE LAW and GAMING LAW: CASES AND MATERIALS, are available through his website, www.GAMBLINGANDTHELAW.com.