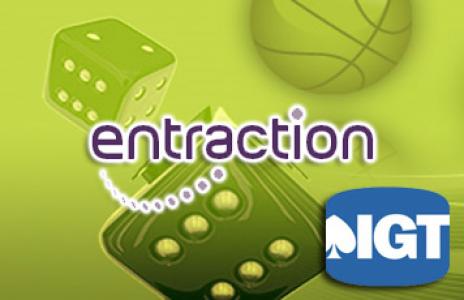 Entraction will no longer be accepting players from five countries according to one affiliate site. Donkr reports that as of September 29th, players from Canada, Israel, Russia, Norway, and Turkey will no longer be able to play on the Entraction network. International Game Technology (IGT) acquired Entraction earlier this year after the company had delisted from the Stockholm stock exchange. We contacted both Entraction and IGT for comment and at the time of publication we had not received anything back.

Lock Poker has responded to Malta’s public diss of them after the country’s Lotteries and Gaming Authority (LGA) had doubted that Lock Poker was a valid licensee. They sent a statement to PocketFives.com in which Lock Poker officials asserted that the Merge Gaming Network recently received a letter of intent for a Class 4 license from the LGA. The statement went on to say, “Based on this, Merge allowed its licensees, including Lock Poker, to display the LGA logo on their site once they had opted into the agreement and updated their Terms and Conditions on site.”

The Lock Poker press release concluded by saying that a resolution could come quickly: “Lock has been proactive in assisting Merge Gaming Malta Ltd. in addressing the Malta issue and this should be resolved shortly.”

The logo is still displayed on Lock’s site and we will keep an ear to the ground in relation to any more developments.