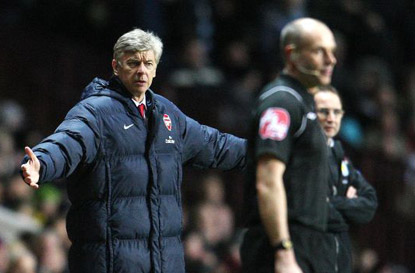 Things move fast in the world of football. It’s hardly front page sports news that Arsenal have been on the slide for some time though. Cesc Fabregas’ departure to new pastures could be the straw the breaks the camel’s back – the camel being Arsene Wenger.

Redemption after Saturday’s disappointing draw at Newcastle will be on the minds of the entire team for tonight’s Champions League qualifying round game with Udinese. Doubts remain over whether they can prevail over the two legs.

Since the summer began in earnest last May, not only has the Nutty Professor seen his best player depart but he also had to cope with losing a consistently good left back. It’s widely thought that we will be able to add their second best attacking midfielder, Samir Nasri, to this list later this week. With Robin van Persie suspended and Jack Wilshere injured for tonight’s first leg, the Gunners could really struggle.

Udinese, if we were to use the words of Ray Winstone, “ain’t no mugs” and finishing fourth in last season’s Serie A proves that point. They too have lost their best players this summer and Alexis Sanchez departing to welcome Fabregas to the Catalan capital Barcelona may well have consequences.

They do have one of the genuine stars of the Italian league leading the line in Antonio Di Natale though. Over the past two seasons, his imperious goal scoring form saw the Italian international register 28 league goals last season and 29 the season before. We hear you ask: what’s he still doing in that backwater then!? It’s something that Arsenal wished more of their players aspired to be and that is loyalty. Then they wouldn’t have to rebuild every other season.