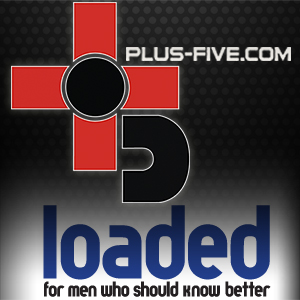 Plus-Five Gaming has today announced the launch of a new online & mobile casino for iconic lads’ magazine – Loaded. Aimed at 16-35 year-old-men, Loaded presents the edited highlights of a young man’s interests and aspirations: football, cars, grooming, gorgeous women and gaming. Adding an online gaming presence to Loaded.co.uk was an obvious brand extension for the magazine.

As one of the UK’s biggest selling men’s magazines, Loaded is a monthly publication that has a global readership, selling at newsstands in Britain, USA, Australia and worldwide. In addition to this it has an extremely strong online and App presence and to offer gaming as part of that was an obvious strategic objective for the magazine.

Plus-Five Gaming has been looking to extend the reach of its white-label business into the publishing arena and Loaded was the perfect media partner. With a readership that has a clear interest in gaming, as well as consuming content online & mobile; Loaded’s strategic fit could not be better.

Plus-Five Gaming’s growth since its launch in 2010 has been meteoric. They have leveraged the world’s leading online & mobile gaming software to join their platform and now have one of the most comprehensive gaming networks in the world.

The acquisition of an iconic brand such as Loaded is a clear win for Plus-Five. Deals like this and the recent flurry of game engine provider deals that have been announced – such as Zukido Mini Games, Mahjong from Mahjong Logic & Global Gaming Labs’ Live Casino – show that Plus-Five’s reputation is increasingly globally.

Having launched with casino & mobile games back in Jan 2010, Plus-Five Gaming enters Q3 2011 with Bingo, Poker, Sports Betting & Live Dealer games from some of the biggest names in online gaming – Aberrant Software, AliQuantum Gaming, Cozy Games, IGSoft, IGT & Viaden – all available to its white-label partners through one seamless system with a single wallet & registration.

In the course of the last eighteen months, Plus-Five Gaming, has completed deals throughout Europe and has launched nearly 20 white-label sites with more to follow throughout the remainder of 2011.

For 2012 & beyond, Plus-Five will start to increase its focus beyond the traditional western & European markets. This intention has been clearly demonstrated by the addition of Mahjong – from Mahjong Logic. Alongside this, Plus-Five is in advanced negotiations with a number of other game engine providers.

“Plus-Five Gaming has, in Loaded Magazine, secured one of the biggest names in the publishing industry. The strategic fit between their readers and our products couldn’t be more obvious!” said Mark Jones, Marketing & Business Development Director of Plus-Five Gaming. “This was a deal that makes absolute sense for both companies & can develop into a flagship brand for Plus-Five’s offering. Moreover, to have secured a partner of this stature just shows that Plus-Five is now a serious player in the gaming market.”

Andy Sherwood, Editor of Loaded Magazine, said. “We were approached by a number of companies offering a white-label gaming, but it was an easy decision for us to go with Plus-Five, as they can provide us with the widest range of high quality games. They’re easy to use back-office was also an important part of the offering for us, as we need to have as much control as we can of the marketing and customer relationship”