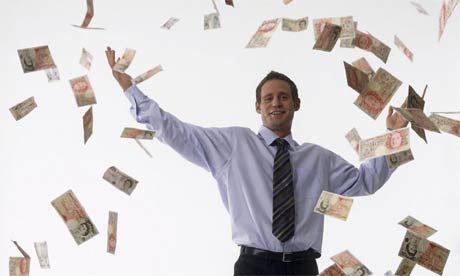 Possessing good time management and having a wallet that is bulging with notes will stand you in good stead if you live in Massachusetts. For a few days every three months, savvy punters can play one of the state’s lottery games and never actually lose any money. Cash WinFall’s payoffs for small prizes swell as the jackpot reaches its $2m ceiling every few months. Statisticians, according to the article in the Boston Globe, have said that anyone who buys $100,000 worth of tickets is guaranteed a profit.

How about Massachusetts though? Are they not going to sort it all out and nip this in the bud before everyone jumps on this gaming industry bandwagon? Apparently not…

The lottery’s executive director, Paul Sternberg, explained, “It’s a niche game for a different audience. You want to bring in as many players as possible. Some people chase a huge jackpot. Others are looking at odds.”

There’s also the small fact that the game generates the state a cool $11.8million in profits even though those that know what they’re doing are exploiting this loophole to some financial gain. It doesn’t look like the state will look to punish anyone at the moment. No one is “cheating” according to the law book and if the state coffers are being boosted by a tidy sum then they’ll simply reply, “what’s the problem?”

In essence, Massachusetts is saying, “roll up, roll up. Get ya’self some free money (as long as you’re rich and there’s only a few of you).” Hats off to those that were blessed with the nous to take advantage of the flaw in the system. It probably won’t be there for much longer though.