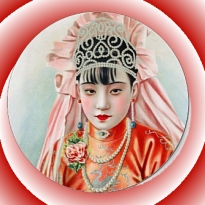 Analysts are predicting that Macau casino gambling revenue could rise 42% in July. Aaron Fischer, head of consumer and gaming research at CLSA Asia-Pacific Markets, says table games revenue at Macau’s six casino operators topped MOP 7.5b (US $934m) in the first 10 days of July. If that torrid pace continues, total July revenues (counting slot machines) would top MOP 23b, a 12% boost over June’s numbers. Halfway through 2011, Macau gambling revenue is up 45% over 2010.

Macau’s popularity has definitely not gone unnoticed in Hong Kong. According to the South China Morning Post, Hong Kong residents now drop more money in Macau’s casinos than they do on the lotteries, horse racing and sports betting offered via the Hong Kong Jockey Club, the city’s monopoly gambling provider. That trend is expected to continue, as a study conducted by the Jockey Club found that between 2005 and 2009, the money Hong Kong residents left in Macau more than doubled, while the Jockey Club’s revenues grew at a more modest 13%. Together, Macau and the Jockey Club annually collect the equivalent of HKD 6000 for every man, woman and child in the city.

Surely some of these punters return to the mainland from Macau with money in their pocket, and the not at all misleadingly named Beijing Moral Education Centre for Women aims to help single ladies run these lucky lads to ground. More than 2,800 women have attended the school since it opened last August, paying 20k yuan for 30 hours of training in how to bag a rich husband. The school teaches such helpful skills as applying makeup, how to properly pour tea and what a Reuters reporter referred to as “personality development.” As one eager student put it, “if I can marry a rich man, at least I won’t have any worries.” Run, Calvin.. RUN!