Home / Casino / News from Macau as visitors are on the up 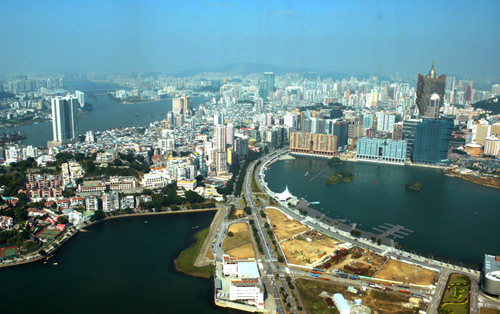 The Chinese gambling enclave of Macau is the second most popular destination for those from the mainland to visit. According to information from the Statistics and Census service, the enclave welcomed 6.3million visitors from China in the first five months of 2011. This was a sizeable proportion of the some 32.21million Chinese citizens that took overseas trips in the same period. The Ministry of Public Security figures showed that visitors from China were up 19.9% on the same period last year. Macau second only to Hong Kong and it goes to show the Chinese hunger to gamble is far from diminishing. The rest of the top ten numbered South Korea, Taiwan, Thialand, Malaysia, Japan, USA, Vietnam and Cambodia. In the near future, that could also include Singapore once the casino industry there has grown even further.

This news was added to by a forecast from the Pacific Asia Travel Association (PATA) that predicted Macau will see its highest visitor numbers ever. For the first five months 11 million tourists arrived in Macau and that number is set to grow to over 20 million by September. That number will then leap to 27.4million by the end of the year thus dwarfing last year’s figure of 25 million.

Still in Macau, Las Vegas Sands has announced that it will report its financial results for Q2 2011 on July 26th. The conference call accompanying the release will be at 13.30 (PST) and it will give updates on Sands China’s projects on the Cotai strip as well as Macau specific results.