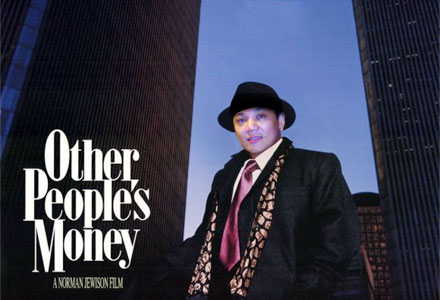 Manila is the Asian hub for the online gambling industry; with a solid infrastructure and a fair and reasonable regulatory system, the Philippine city has attracted many reputable online gaming companies looking to service the exploding Asian gambling market and a few well funded startups. Unfortunately, as we find out in our latest investigative piece, Manila is also attracting some of the less reputable players in the gaming industry.

We started hearing a buzz about a new gaming company setting up shop in Manila. The company was snapping up former employees from Sportsbook.com, BetUS.com and others that were hit hard by Black Friday and Blue Monday. So we wanted to find out who was taking the plunge into the Asian market.

The company’s corporate name is World Hub Services and they are taking bets online as www.topbet.com.

Alarm bells went off when we did a quick Google search of Top Bet’s customer service phone number. It’s the same number as an SBR Rated F Sportsbook FeltStars. If you don’t know FeltStars consider yourself lucky, they were part of the FutureBet/IGS/Gametech group headed by Boston native and software whiz Joe LaCascia and his partner Filipino-Canadian Emmanuel R Samson IV from Surrey British Columbia.

In 2001 Noel Samson moved from British Columbia to Manila intent on becoming the authority for online gaming in the Philippines. He began pitching to potential gaming operators a complete gaming solution that included LaCascia’s Futureweb gaming platform and a licence to operate online gaming from the burgeoning market.

Samson raised 500k from investors, friends, family and particular group of motorcycle enthusiasts who were all looking to cash in on Noel Samson’s promises on an online gambling goldmine that the Futurebet had to offer. Things began to fall apart when Samson failed to gain the blessings of the Philippines government and then unable to help the investors launch the gaming sites. Rather than return to Canada or return the half of a million dollars he took from investors, Samson settled in Manila full-time and lived like a king on his embezzled cash.

Most investors moved on, licking their wounds from their bad investment but the certain motorcycle enthusiasts weren’t about to let Samson walk away with their hard earned cash. The group began sending people to Samson’s mother’s home in Surrey BC looking for her son or the cash that was taken. Noel Samson’s mother remortgaged her home in an effort to pay back the investors but it still wasn’t enough to cover the money Noel had embezzled.

Over the past few years, Noel Samson has continued to peddle promises of payment processing and influence with the government but Samson has access to neither. We spoke with several gaming executives who had been taken for upwards of $20,000 in hopes of gaining an ecommerce solution through Samson before learning he couldn’t deliver on those promises. Our sources say Samson is using the money he takes from unsuspecting executives to pay off his Canadian debts as the original Futurebet investors continue to demand repayment.

Now that you know Noel Samson’s history, let’s look at his latest operation.

Samson managed to convince a local Filipino and another backer from China into investing in a new US facing sportsbook.(We’ll let that sink in) The investors put up $1.5 million in hopes of cashing in on Samson’s latest pipedream. As my grandfather says, “that’s a fart in a windstorm.” Or as Calvin more eloquently states in “Beware of the Pee-Wee Hermans of online gaming” it doesn’t even come close to the minimum $20 million dollar entry fee today’s market demands.

The cost of doing business in the gaming sector has exploded exponentially in the past decade and to seriously think you can create a new brand that will target the US market with such limited funds is ludicrous. 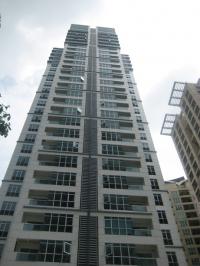 the promised sportsbook. That’s when their corporate site, http://worldhubservices.com quickly went online. The site lists a corporate address located in a residential tower in the exclusive Fort district of Makati.

We do not think it’s practical or even possible to operate a gaming company from a condo tower in the Fort. That and there are legal issues with running a gaming business from your home. The company doesn’t have a gaming licence in the Philippines. In fact, the Philippines regulators say that nobody from their group has even talked to them about a licence. It really wouldn’t matter in any event, offering services to the US is illegal under online gaming law in the Philippines.

The TopBet.com website lists that it’s located in the British Virgin Islands with their financial transaction being processed in Curacao. We have doubts either are true. Samson’s history says they won’t have a reliable ecommerce solution capable of meeting their future US customers’ needs. Perhaps the gentlemen from Linwood would be able to help them out.

Samson has been bragging to people around Manila that his company can’t hire people quick enough because they are growing so fast. This is interesting because the link to their “Current Jobs” section is broken. It’s obvious the $1.5 Million isn’t being spent on web designers or office space.

One thing we do know Samson is spending money on is hiring staff. They have made some decent hires; Canadians who have been in the gaming industry for several years. Though we’re told none of the Canadians working for World Hub Services have legitimate work permits; theywill be acting as perpetual tourists to avoid running afoul of Philippine immigration law.

The company’s CEO has a decent reputation in the industry. By having his name attached to the project, they will likely draw some reasonably talented people from the Canadian gaming market. One other thing it does for Samson is that it keeps his name out of the public eye, so that when the shit inevitably hits the fan, he’ll have a few human shields to keep any from landing on him.

We won’t name the CEO or any of the hires here as we feel they are already victims of Noel Samson’s latest endeavours. We only hope that those hired by Samson can salvage their reputation in this relatively small community we call the online gaming industry.