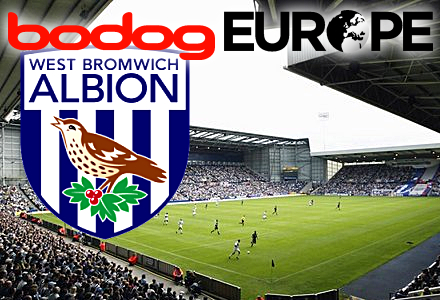 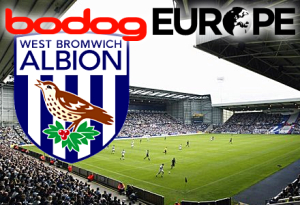 Bodog Europe has signed a shirt sponsorship deal with Premier League football club West Bromwich Albion for the 2011-12 season. The West Midlands squad’s chief executive Mark Jenkins said the club was “delighted to have Bodog on board. Following our most successful Barclays Premier League campaign, there was a great deal of interest in becoming our club sponsor. We had a number of options and in the end Bodog presented an all-round partnership that best suits both parties. We look forward to helping them promote their brand in the Premier League.”

A Bodog spokesperson Jenkins’ enthusiasm. “In choosing a sponsorship partner we were looking for a club with a genuine team spirit and we are delighted to have found that in West Bromwich Albion. In the social media era, a sponsorship should be about backing the investment with a return commitment to the club and the fans and we are looking forward to working closely with all parties. Equally, the Premier League is so much more than just a passion in the UK but massive around the world too, which can only benefit other regional Bodog licensees.”

Said another Bodog representative, “It is hard to explain how big the Premier League is in Asia and this sponsorship will be enormously beneficial for us in growing the brand’s profile in the region. I am therefore very grateful to Bodog Europe for signing this deal but from a brandpoint of view it also highlights the strength of a licensee model as regional marketing can have benefits beyond its borders.”

The West Bromwich Albion deal reunites Bodog Europe with manager Roy Hodgson, who helped steer Fulham FC all the way to the Europa Cup Final while Bodog was the club’s official betting partner. With Bodog on their kit, are the Baggies prepped for a similarly remarkable run?

Question of the Day – What does the future hold for sponsored poker pros?
CalvinAyre.com
21 July 2011

Question of the Day – What does the future hold for the online gambling affiliate industry?
CalvinAyre.com
15 July 2011