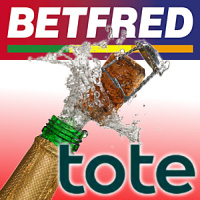 Multiple sources are reporting that Warrington-based bookies Betfred have beaten out Sir Martin Broughton’s Sports Investment Partners (SIP) as the UK government’s preferred buyer of state-owned betting pool, the Tote. On Thursday, Reuters had reported that the decision would be delayed due to government lawyers’ concerns over the issue of state aid and how that might run afoul of EU regulations. Those concerns appear to have been satisfied, leaving Betfred salivating at the prospect of acquiring the Tote’s 517 retail outlets.

The formal announcement will be made Friday morning, during which Betfred exec chairman Fred Done will be asked to sign a sale and purchase agreement. The dotting of I’s and crossing of T’s could take up to a week, and any potential hitches that arise during this process may yet allow SIP’s bid to rise from the ashes. The government’s mandate was to pick a winner that provided value for the taxpayer, support for racing and consideration for the jobs of existing Tote staffers.

Betfred’s triumph will come as a blow to the racing industry, which had transferred its allegiance to SIP after its own bid came up short in the eyes of the judges. Both Betfred and SIP had sought to woo racing’s affections with increasingly generous terms. Betfred’s deal reportedly included £113m in net proceeds, a £27m check for the Tote pension fund, the assumption of £60m of Tote debt and the creation of a Tote ‘advisory board’ with plush seats reserved for key racing luminaries. SIP had countered with £77m up front and £11.5m per year to racing in perpetuity. SIP also planned to float the Tote, with a 10% stake and plum seats on the board allotted to racing, but it’s Betfred that appears to have crossed the finish line first.