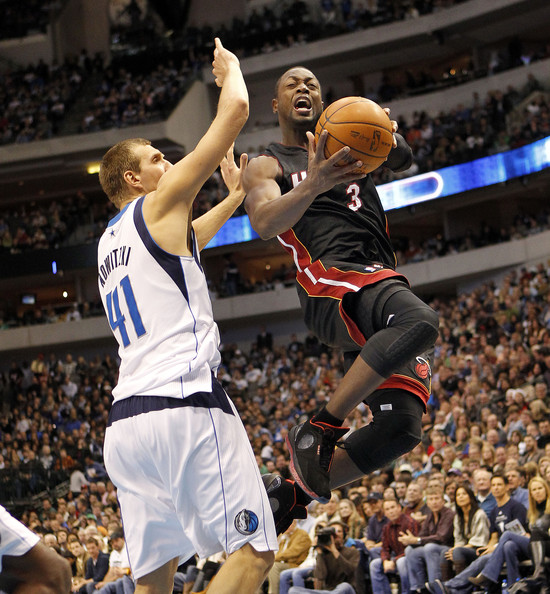 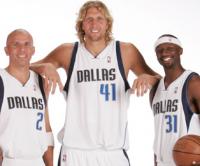 They came, they saw, they were hated on, they were doubted, they were called soft and now they’re in the NBA Finals. That description is applicable to both the Dallas Mavericks and the Miami Heat. Ironically they’re the two teams left standing in the 2011 NBA Playoffs.

Not many thought the Dallas Mavericks were going to be the Western Conference Champions. San Antonio looked strong, Kevin Durant and the Oklahoma City Thunder looked poised to make a run. Let’s not forget, the Lakers were also embarking on three-peat to cap Phil Jackson’s farewell tour, and Kobe Bryant was in the midst of his quest for his MJ tying sixth ring.

The Dallas Mavericks were a footnote to the opening script of these playoffs, a team that was supposed to have trouble beating Portland.

Turns out, Portland was the strongest competition the Mavericks would face all playoffs.

After taking 6 games to get past Portland, the Mavericks swept the Lakers and schooled the Thunder in five games. They looked good doing it too.

After three years of first round exits, the Dallas Mavericks are back at the top of the heap in the west and on their way to face the Miami Heat in the 2011 NBA Finals. It is a rematch of the 2006 NBA Finals that saw the Mavericks lose 4 straight to D. Wade and the Miami Heat after starting the series 2-0. It was also a series that up until this year has defined Dirk Nowitzki’s career as the superstar that couldn’t lead his team to glory.

But that was five years ago.

Since the 2006 NBA Finals defeat, Nowitzki has matured as a player. He’s gone through some real life drama with a jailbird girlfriend, and he’s become one of the best closers and fourth quarter scorers in the game. Dirk’s team is now more defensive minded, and instead of a young point guard, he has a Hall of Fame veteran running the show in Jason Kidd. He’s surrounded by talented long range shooters and gritty athletic defenders like Marion, Stevenson and Chandler. He’s got bench production in Terry and Barea.

Dirk can now take a line from Kobe Bryant and finally say, “Now I’ve got my guns”.

If Dirk has his guns, then the Miami Heat has three explosive cannons.

Let’s go over the matchups.

I feel the benches are even in this series. With the addition of Udonis Haslem to the Heat rotation, and the new-found offense of Mike Miller, the Heat now have a solid 8 man rotation. In fact, that rotation could expand to include Ilgauskas as he would have a more favourable match up against the Mavericks.

Because of the speed of Miami’s defense, Barea will likely not be as effective in this series against the Heat as he has been in previous series. So the benches are a wash.

Defensively, both teams are solid, but the edge will have to go to the Heat. The Heat showed they are as good, if not better defensively than the Chicago Bulls, who were the best defensive team in the NBA.

Offensively, the Mavericks are fluid. They move the ball better than any team in the league and they have players who can make outside shots throughout their lineup.

There’s no way the Mavericks are going to be able to contain Wade, Bosh and James offensively. But if they can limit the production of the supporting cast, the Heat may have trouble generating enough points to keep up with Dallas.

Ultimately, the difference in this series will come down to the play of Dirk Nowitzki.

Nowitzki will have to have an MVP performance in this series for the Mavericks to win. He’s the only player for the Mavs that can command a double team so if he’s on, it will open up the floor for the rest of the Mavs.

The problem for Dallas is that they haven’t faced anyone like the Heat. The Blazers didn’t have the star power, the Lakers quit and the Thunder were too inexperienced.

The Heat have veterans, two players with championships, a back-to-back MVP and a chip on their shoulders.

This series will be hard fought, it will be competitive, but ultimately, the Miami Heat look like a team of destiny. No one on the Mavericks can stop LeBron James. If you’re thinking Stevenson can, try and recall when he faced LeBron as part of the Washington Wizards.

LeBron will pick the Dallas defense apart. Miami will likely put Nowitzki in pick and rolls and force him to defend, something he didn’t have to do against the Thunder.

If there is one edge that could put the Mavericks over the top it is inside. The Mavs have two legitimate 7 footers that can create havoc on the boards and clog the lane.

But the Heat also have home court advantage.

Sorry Heat haters, I have to take the Heat in 6 with the King finally getting his crown.