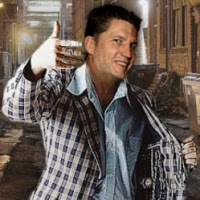 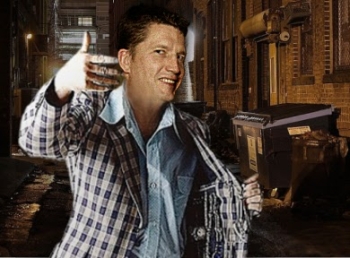 Bryce Vincent Geoffrey was a marginally successful criminal litigation lawyer in Ontario, Canada when he managed to beg his way into working for a supplier to the online gaming industry in the early 2000’s. While under retainer to this company, Geoffrey was permitted to reside in a condominium the company owned in downtown Vancouver. But when Geoffrey was informed that his services were no longer required, he refused to vacate this condo, claiming that it had been given to him as part of his compensation. Geoffrey then used his knowledge of the Canadian civil litigation system in an attempt to extort money from the company for which he’d worked.

Geoffrey’s strategy was to threaten litigation with no reasonable expectation for success, but with the implied threat of releasing confidential business information into the public domain in the course of the file being litigated. Unfortunately for Geoffrey, his extortion bid backfired, and he ended up having to pay the company almost $800k if he wanted to stay in the condo. Geoffrey didn’t have that kind of money, so he worked out a settlement to pay the company over time, providing he abided by a few simple rules.

Under these rules, Geoffrey was not allowed to leave the property unoccupied for 30 or more consecutive days. But for the past few years, Geoffrey has lived in Spain, where he works as legal counsel for a US-facing online poker company. This poker company has a subsidiary registered in Vancouver, which Geoffrey pretends to own in order that the company can reap the mind and management benefits of Canadian tax law. This ruse may have fooled the Canada Revenue Agency (so far), but if Geoffrey thought his pretend Canadian residency would enable him to avoid defaulting on his condo settlement, he thought wrong.

Geoffrey also fell afoul of another settlement stipulation by leasing the condo to a third party without the consent of the mortgage holders. The current occupant of the condo is none other than Robby Gosal, the realtor who has now been tasked with selling the property. (At least he won’t have to do much homework before showing the condo to prospective buyers.)

It would be a refreshing change of pace if this ‘for sale’ notice indicated that Geoffrey intends to finally make good on his commitments under this settlement, but we’ll believe it when we see it. Emails disclosed during the preparation for the original civil suit painted a picture of a deeply deceitful individual. Small wonder that he later played a prominent role – along with a rogue’s gallery of known scammers/double-dippers — in the eventual bankruptcy of First Web Financial, a US-facing eCom company.

Geoffrey’s eagerness to enter into a condo settlement that was clearly beyond his ability to repay seems to have been based on his desperate need to project a ‘successful’ image. He needed to be seen as having emerged from the process with something for his troubles. The condo may soon be history, but Geoffrey’s troubles have only just begun. Run – don’t walk – if you cross this guy’s path in your travels through the online gaming industry.