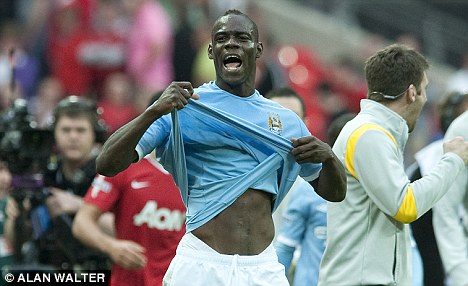 It’s almost a year to the day since Tottenham secured their first ever berth in the UEFA Champions League. On the same ground, they could tonight see their slim hopes at a return to Europe’s premier club competition dashed by the very club they have been gunning for all season.

To be exact, it was a year and five days ago that Peter Crouch’s header looked to have ended Roberto Mancini’s reign as Man City manager. He’s still there and his City charges come into the game on a 14 game unbeaten run at the former-Commonwealth Games stadium. Returning to the squad is talismanic striker Carlos Tevez who may get 15 minutes ahead of the FA Cup Final this Saturday afternoon.

Don’t count out Harry Redknapp’s Spurs side though. The North Londoners have taken home the spoils on their last two trips to Eastlands. Add to this losing only one of their last seven visits to City and Redknapp will have a small chip on his shoulder. Like one of those ones you get in the bottom of a McDonald’s fries carton.

Tottenham will be without their entire first choice left hand side after Gareth Bale was ruled out for the season. This adds to Benoit Assou-Ekotto’s early end to the season. City’s joy could come down this side and don’t be surprised to see attacks channeled through winger Adam Johnson.

Liverpool’s 5-1 demolition of Fulham at Craven Cottage last night gives them a slim hope of Champions League action next season. That will be extinguished by City here who have too much for either team to be able to catch. City to go above Arsenal and qualify automatically for the competition is what observers should be looking at in the betting. Failing that, just bet on the amount of money Mario Balotelli has really racked up in parking fines.