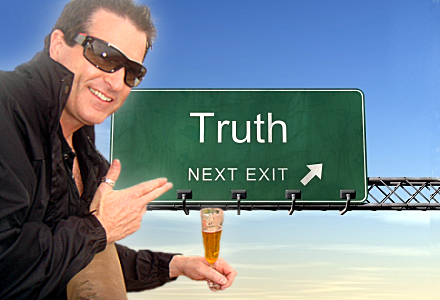 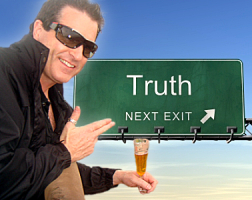 News of the recent invite-only gathering (at a secret location outside London) of the heads of all the families of the eGamingReview Power 50 prompted me to go back and re-examine the most recent list (published in November). Before I go any further, let me say that I applaud the folks at eGR for tabulating their annual list. The concept itself is great, however, I have questioned eGR’s methodology since the list first came out years ago, and I continue to question it now. If the intent was (as stated) to itemize the “most influential operators in egaming,” I find the results leave much to be desired.

For instance, suppose your sole reference point for who’s who in the online gaming industry over the past five years had been eGR’s Power 50 list. Suddenly, two names you’d never read before – PokerStars and Full Tilt — appear out of thin air, landing on the 2010 list at positions #3 and #15, respectively. The only logical conclusion that would explain these improbably high debuts would be that these companies’ software engineers had somehow made a revolutionary technological breakthrough that allowed them to transmit free handjobs with each hand dealt.

The far more mundane truth is that the artificial mechanisms employed by eGR to keep these two industry giants off the Power 50 simply became too awkward to perpetuate. In their attempt to rationalize 2010’s “controversial” decision to recognize that the earth is indeed round, eGR cites the “legitimization” efforts made by (in particular) PokerStars. The willingness to reward these alleged gestures toward ‘legitimacy’ (such as getting into the dot-country game) exposes eGR’s illogical bias toward (primarily European) publicly-traded companies. While eGR includes 28 privately held companies on its list, just five of these made the top 15 (it would have been only three minus Stars and Tilt), while many other monster-sized private companies failed to make the list at all.

WHO DEFINES A LEVEL PLAYING FIELD?
The favoritism eGR shows to listed companies is even more puzzling when you consider that being public actually inhibits the growth of these firms. A recent KPMG study estimated that the North American and Asian markets each accounted for some 40% of the global gaming industry. In other words, the terms of their shareholder agreements precludes public companies from accessing 80% of the total market. Because private companies are not bound by these restrictions, eGR claims they aren’t competing on a “level playing field” and thus penalizes their ranking (to the extent of entirely excluding them in many cases) in order to bring them into line with their publicly traded brethren. 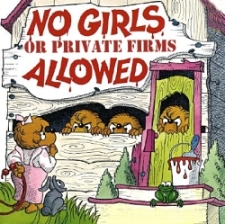 This charge of an unlevel playing field has long been made by the public companies themselves. Asked to consider the possibility of PokerStars and Full Tilt being part of any future regulated US market, Bwin boss Norbert Teufelberger expressed thinly veiled delight in predicting that PokerStars and Full Tilt execs would be prosecuted for not mimicking his company’s 2006 exit from the US market post-UIGEA. (Wonder how Norbert took the news of PokerStars tie-up with Wynn Resorts, or Full Tilt’s deal with Fertitta Interactive.) This is a starkly hypocritical stance to take, especially since the US market is no more nor less grey than Germany’s, from which Bwin derives a full 25% of its net revenue. The only difference here is that Germany hasn’t gotten around to yanking gaming execs off of airplanes.

Further undermining the ‘unfair’ claims of public company execs is that the extra restrictions they face are entirely self-imposed – the direct result of their decision to go public. Their owners made the self-interested decision to cash out and transfer future risk onto the backs of shareholders. The tradeoff was extra baggage and reduced mobility for their company. However, none of this explains why private firms should be penalized for choosing to remain masters of their own fate.

Imagine it’s the night before the Olympic marathon event. Some athletes go to bed early, while others stay up late, doing vodka shots with their new best buddies from Belarus. Following the marathon, the hungover carousers attempt to justify their abysmal performance by loudly reminding everyone that their well-rested competitors didn’t have to stop every quarter-mile to vomit. And that’s their fault… how? Public companies trot out this ‘unfair’ meme whenever they need to justify their relatively poor performance to shareholders, and eGR’s decision to penalize private companies on their Power 50 list just perpetuates this distorted impression of the marketplace.

NUTS AND BOLTS… AND MORE NUTS
Leaving aside the public/private problem for a moment, I have some other more specific concerns with the Power 50. 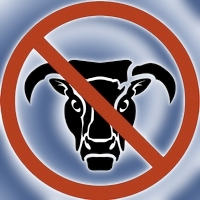 (i) Regardless of criteria – size, structure, potential, influence — ranking PartyGaming ahead of PokerStars is preposterous.

(ii) King.com is ranked #44, but I had to look up this company to learn that it made $4.6m last year by taking a 25% rake on the microstake ‘skill games’ it offers. Honestly, $4.6m is a bad NFL Sunday for some actual betting sites that failed to make eGR’s list, so WTF? If you’re going to put a pretend gambling company on this list, why not Zynga?

(iii) Speaking of pretend companies, Harrah’s (now Caesars) Interactive was listed at #18 in 2009. If that seemed overly generous for a company that (much like its CEO Mitch Garber) hadn’t yet actually done anything in its career, eGR justified its decision by citing Harrah’s “huge potential.” In 2010, after another year of doing nothing, Harrah’s fell to #48. That may be a significant demotion, but it’s also two years of free passes into the top 50 solely on the basis of potential. Again, if potential counts for so much, where’s a real internet company like Zynga?

(iv) Meanwhile, actual companies with actual customers and real domain knowledge — like Pinnacle, BetCRIS and Bodog — are nowhere to be found on eGR’s list, despite long histories and global profiles. Last year, a Google survey identified Bodog as having the best brand strength in online gambling when measured from London, but eGR took no notice. eGR even put UK lottery operator Camelot at #35, and suggested it would have ranked higher except for its reliance on a “single product family.” Yet Bodog-branded sites get zero credit for owning and developing the technology for two sportsbetting platforms, an RNG casino, a Live Dealer casino (set to launch out of Manila), a poker network (with Bodog Asia going live on the network this month), their own in-game wagering technology and a global eCom platform. Bodog also sponsors a London-based Premier League football team (Fulham FC). Honestly, if the UK gov’t can recognize Bodog as a legit player, why can’t eGR?

HEY, WHERE’D ASIA GO?
Most telling, however, is the absence on eGR’s list of some truly big names from the truly big Asian market, such as ibcbet, Sun City, AsianLogic, Mansion and Salon International. The few Asian companies that did make the Power 50 (SBO Bet, 188Bet and 12Bet) appear to have been included primarily because they’d made the effort to acquire European operating licenses. eGR seems to take this as validation of Europe’s status as the hub of online gaming. In fact, these Asian companies aren’t interested in fighting over scraps in an undersized, overserved market. Their sole interest in acquiring European licenses is to facilitate the acquisition of Euro football sponsorships. They want punters in their home territories to see their company names on the kits of players on whom they’re betting from the comfort of their own homes…in ASIA. End of story. 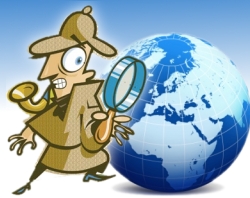 In compiling its annual list, eGR claims to take into consideration a company’s scale, reach, diversity, influence and full-year financial results, then makes a judgment call on that company’s strategy and deliverability. In my view, eGR would do well to follow the lead of Inside Asian Gambling magazine, which not only publishes its own Asian power 50 list, but also publishes specific details of the criteria and weighting systems its judges use to arrive at their conclusions. I half suspect that if eGR were to do the same, we’d learn that maintaining an office in Vienna is particularly beneficial to a company’s final ranking.

eGR may not have solicited my opinion, but I’m giving it anyway. If I were to compile a top tier list of the world’s most powerful online gaming companies, it would include Sun City, Salon International, Mansion, ibcbet, Singbet (parent company of 188bet), 12bet, PokerStars, bet365 and Bodog, with honorable mentions to AsianLogic, BetCRIS Group and Full Tilt. If you include my honorable mentions, 7 out of 12 of my picks are nowhere to be found on eGR’s list. No public company would make my top tier, but Paddy Power would be my pick for most powerful public company primarily because of their style, which I consider best suited for overcoming the inherent restrictions of being public. If eGR can overcome its own self-imposed restrictions, its annual Power 50 list could become a true reflection of the way things are, and not the way certain handcuffed companies might prefer things to be.