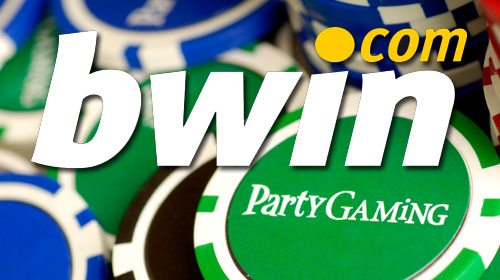 Here on CalvinAyre.com it has been discussed at length the disadvantages that public gaming companies impose on themselves as a direct result of their decision to go public, we’ll never let that go. And when Bwin and PartyGaming announced their intention to merge on July 29 2010 and the announcement sent both stocks soaring, we saw it as meaning they only had farther to fall. We knew that Bwin and Party execs at the top of the pyramid driving this deal expected to emerge with fists full of cash, but we had our suspicions that “the average shareholder would be left holding the bag.”

The significance of this drop can’t be ignored, it’s the most significant drop since the U.S. dropped the UIGEA on everyone and banned financial institutions from completing Internet- gambling financial transactions in 2006. Among many other operators, PartyGaming was hit hard.

In all honesty, it would have been hard to expect that Germany was going to be so ridiculous with their tax regime on the industry. According to the Saxony-Anhalt state government website , Germany plans to introduce a 16.67 percent levy on sports bets when it opens its sports-gambling market to private companies in 2012. With rates like that they might as well keep the damn thing closed!

According to David Jennings an analyst with Dublin-based Davy, cited in Bloomberg, this levy hits bwin&party right where it hurts the most, considering the company derives 23 percent of its pro-forma revenue from Germany, with approximately half of it coming from sports. It doesn’t take a genius to realize this type of licensing regime could severely hamper bwin and party from making money in the German market along with other operators.

Bloomberg reported comments from John Shepherd, a spokesman for bwin.party via telephone, “There is still a long way to go, and we are confident in the end Germany will comply with European Union law and implement a commercially viable licensing regime.”

Surely Bwin.party are hoping that happens sooner than later as shares fell 31.5 pence to 166.4 pence, giving the company a market value of 1.4 billion pounds.