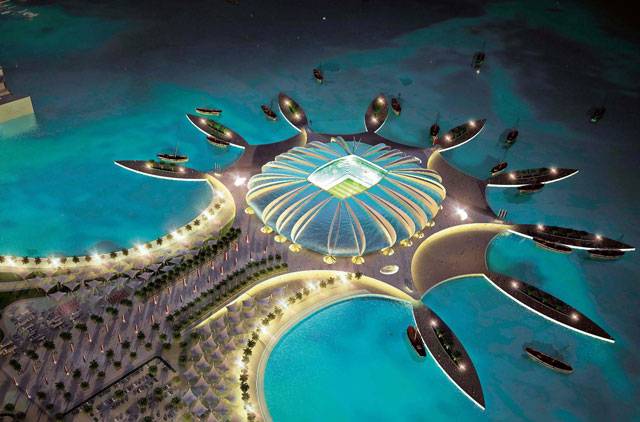 Qatar wants to make sure people can’t use extreme heat as reason to hate on the 2022 World Cup being held there. Instead of simply building indoor stadiums, they’ve decided to do one better.

According to The Spoiler, a local engineering teacher has revealed designs to build a state of the art “artificial cloud” that will have the ability to hover over the pitch casting cooling shade on everyone below.

Apparently, the Artificial cloud will move by remote control, be made of 100 percent light carbonic materials and it will be fuelled by four solar-powered engines. The artificial cloud, not to be confused with Windows 7, will act as a shield to direct and indirect sun-rays.

I’m sure the intentions of an artificial cloud are noble, but let’s take a walk on the conspiracy theory side of things for moment shall we?

Am I the only one who thinks this is a bad idea? What’s next, will they build an artificial sun to warm people in the winter? What if this technology fell into the wrong hands? Some evil organization could build a fleet of these things and control the climates in certain areas, and hold entire regions hostage.

What if this “cloud” was used to spy on people? No one would ever suspect something as harmless and unimposing as a cloud.
If they were worried about the heat, the reasonable solution would have been not to have held the World Cup in Qatar, way to go Sepp Blatter. Besides, what happened to the super, futuristic, air conditioned stadiums that were promised?

I don’t know who’s behind it, but I smell a set up. Solar powered cloud…child please.