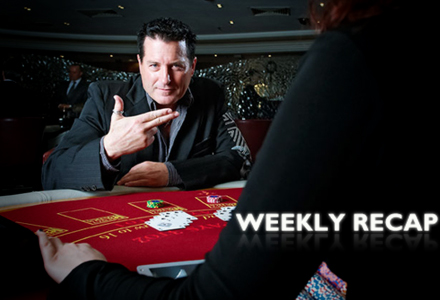 It was a big week for the gaming industry with Chris Christie vetoing the New Jersey Internet gambling bill, the NFL teetering on a lockout and Charlie Sheen teetering on madness. Here’s a recap of some of the best from the past week here at CalvinAyre.com.

Christie Veto Won’t Slow State-By-State Internet Gambling Regulation
Governor Christie couldn’t pull the trigger, perhaps his Presidential aspirations got in the way of what would have been a great boost to his suffering state. We shouldn’t worry though; another Governor won’t make the same self-serving decision.

Iowa to steal a march on New Jersey as Christie backs Lesniak’s continued work
Iowa for example, continues its march towards online gambling registration. We give you an update on its progress.

Judge Doty Rules in Favour of the NFLPA
For North American facing sportsbooks, the NFL is king. So the prospects of an extended lockout is a scary proposition. Thankfully there is a glimmer of hope as Judge Doty ruled this week that the owners wouldn’t have access to $4 Billion in TV money while they negotiate with the players. John Blaise analyzes the decision.

Charlie Sheen Winning the Public Relations War
You couldn’t turn your head this week without seeing Charlie Sheen somewhere telling his side of the Two and a Half Men shutdown. He’s winning the PR War and here’s why.

Google Changes the Rules
Google made some changes recently and it’s going to change the way some gaming businesses do business.

Las Vegas Sands Done With Comps
The Las Vegas Sands has made the business decision to end their comp program. It’s seems that this Las Vegas Casino is more concerned with selling rooms than dealing hands of blackjack.

Slots.com Needs You
Calvin Ayre paid £4 million for Slots.com in June of 2010. Now March 2011, Slots.com is ready for beta testing.