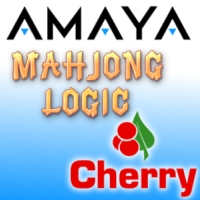 Canada’s Amaya Gaming Group has secured a license to operate an online gaming business in the Dominican Republic. The site, scheduled to launch in Q3 2011, will offer slots, table games and poker. After sufficient investigation and due diligence, Conrado Abud, the country’s Director of Casinos for the Ministry of Finance, awarded Amaya with “the only license of its kind to operate online gaming in the country.” Amaya’s ever humble CEO David Baazov believes his company’s “extensive gaming library and technological capabilities have been key deciding factors in securing this license.”

Online mahjong monster Mahjong Logic has signed a new licensee. Golden Mango has decided that adding Mahjong Logic’s live dealer game will greatly complement its existing offerings (poker, casino, sportsbook and racebook). In operation for seven years, the Philippines-based Golden Mango represents “a coalition of leading Asia websites,” which makes Mahjong Logic CEO Jonas Alm “excited… having so many well known brands in the Asia region along with a dedicated gambling player base.” Golden Mango’s exec VP Frank Jeng is equally effervescent. “We see nothing but upside for our business.” Much better than seeing nothing but backside.

For Swedish stalwart Cherryföretagen – which offers gambling online, in pubs/restaurants and aboard ocean-bound ships — Q4 2010 was the “strongest ever” since listing in 2006. CEO Gunnar Lind said earnings before interest and taxes (EBIT) in the last three months of 2010 were up 430% over 2009. Much of the credit goes to the March 2010 acquisition of the Machine group, which boosted the company’s online presence in Sweden, Norway and Denmark. For 2010 as a whole, turnover was up 39.4%, while EBIT rose 628.1% to SEK 23.3m (US $3.65m). Over the same period, the company’s share of the restaurant casino action grew from 46.5% to 53%. The maritime side of the business is “satisfactory’ in the Baltic Sea, but the Mediterranean Sea and English Channel operations have “viability problems.” Their boats might be sinking, but after-tax profits in 2010 were SEK 20m (US $3.1m) compared to just 1.7m in 2009, so the stuff that can’t float is really flying.