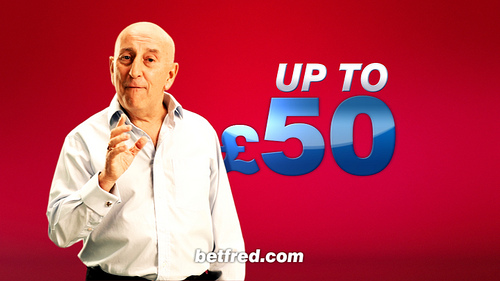 Mobile gaming being such a cash cow for many in the industry hasn’t gone unnoticed. As the wait goes on for Apple to accept gambling apps into their app store, many companies are offering them via their own mobile sites.

This approach has been taken by popular and innovative British based bookmaker Betfred, as they today announced the launch of their very own mobile gambling option.

Dubbed as the world’s biggest independent bookmaker, they’ve launched their own new mobile product to allow gamblers to bet on a wide range of sports. This includes the chance for users to take on the uber popular “Goals Galore” coupon as well as all other major sporting events being available.

The App has been made so that it works across all the major platforms including the high performing Google Android operating system as well as both iPhone and iPad.

Betfred’s Managing Director John Haddock said, “It’s a fantastic innovation for our punters. You can put on your football and horse-racing bets but the best innovation is betting in play. You can now have a punt while watching the match in the pub or actually at the game. And as always it’s Betfred’s competitive prices.”

Over the coming weeks we’ll be looking at a number of the sports books gambling apps and reporting back as to what we think is good, and bad, about them. One major plus for Betfred’s app would be if it had Fred Done himself telling you if you’d won or not, or even an inflatable lifesize of Fred to hug every so often. We don’t ask for much.